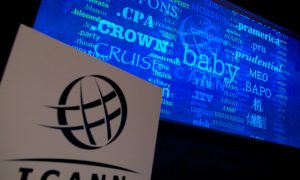 US Relinquishes Oversight of Internet, China and Russia May Gain Control
0
US

The board’s job is to review proposed and existing legislation and how laws are put into practice. It also intends to make sure privacy and civil liberties are considered and protected.

The NSA’s actions have been under scrutiny since Edward Snowden leaked information about its foreign and domestic spying last year, but the oversight board had been in operation for years before the Snowden incident.

The board was established on the advice of the 9/11 Commission. On Thursday it held its third open discussion of the program since the June 2013 leaks, inviting experts and the public to comment.

Speakers were cautioned not to inadvertently confirm leaked classified information in their testimony.

According to Wednesday’s expert testimony, the NSA overstepped its legal mandate.

Defenders of the agency, like President Barack Obama and Sen. Dianne Feinstein, chair of the Intelligence Committee, said it is acting within the law and uses data to prevent terrorist attacks.

Section 702 of the FISA Amendments Act (FAA), or the Foreign Intelligence Surveillance Act authorizes the “targeting of persons reasonably believed to be located outside the United States to acquire foreign intelligence information,” according to the act. But it is used far more broadly than it should be, according to testimony Wednesday.

Rachel Levinson-Waldman, counsel for Liberty and National Security Program of the Brennan Center for Justice, faulted the agency for intercepting communications “about” foreign terrorists and their organizations. She said this could include Americans commenting on a news story about al-Qaeda or the trial of an accused terrorist.

Jameel Jaffer of the ACLU said the law that justifies NSA domestic spying and the way it is applied is unconstitutional. “The statute violates the Fourth Amendment because it permits the government to conduct large-scale warrantless surveillance of Americans’ international communications—communications in which Americans have a reasonable expectation of privacy.” Jaffer is deputy legal director of the ACLU Foundation.

He said the government collecting information en masse is exactly the kind of abuse the Fourth Amendment was written to forbid. “Americans have a constitutionally protected privacy interest in the content of their telephone calls and emails. This expectation of privacy extends not just to domestic communications but to international communications as well,” said Jaffer.

The public discussion Wednesday was meant to guide the oversight board on what it should tell the NSA to do differently, and what legislative changes should be made. Congress would be responsible for making the changes.

The board is part of the executive branch. It was established during the Bush administration, and is required to have members from both parties and to be nonpartisan. It’s mandate is to “review and analyze actions the executive branch takes to protect the Nation from terrorism, ensuring the need for such actions is balanced with the need to protect privacy and civil liberties, and to ensure that liberty concerns are appropriately considered,” according to its website.

The board’s focus Wednesday was on domestic spying, but it did ask one expert to weigh whether NSA’s foreign spying is acceptable.

The United States may spy on citizens of other countries without breaking the law or harming them, according to Eric A. Posner of the University of Chicago Law School. He was asked to say whether NSA spying abroad violated human rights or international law. He said it does not. However, “the case for requiring the U.S. government to respect the privacy of Americans is greater than the case for requiring it to respect the privacy of foreigners because the U.S. government has coercive power over Americans, while it almost never does over foreigners,” said Posner in his testimony.