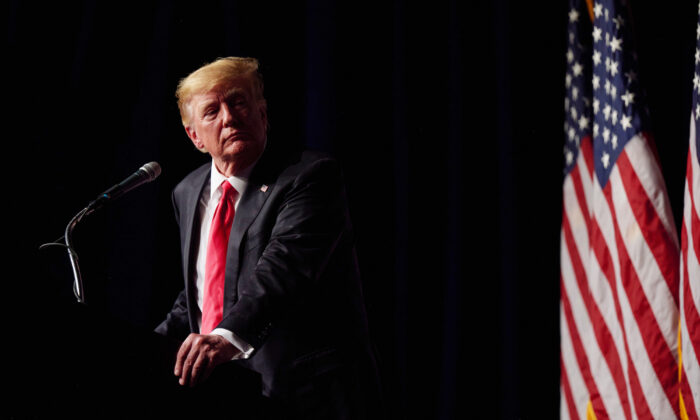 Top House Democrats asked intelligence officials to review alleged national security damage from former President Donald Trump’s mishandling of government documents, a day after the release of the search warrant used by the FBI on its Mar-a-Lago raid.

The federal agents executed a search warrant of Trump’s Florida estate last Monday, before an inventory accompanying the search warrant was made public on Aug. 12. A property receipt obtained by The Epoch Times shows the FBI removed approximately 20 boxes, including one set of materials labeled as “various classified/TS/SCI documents,” referencing top secret or sensitive compartmented information.

Despite Trump declaring the documents taken by federal agents were “all declassified,” the three-page letter (pdf) seeks a classified briefing on the review “as soon as possible.” The two lawmakers specifically asked for the DNI’s office to initiate a damage assessment, in a bid to evaluate any damage to national security related to Trump’s handling of official records.

The latest action is the first major move by House committees following the Aug. 8 raid of Trump’s Florida resort.

The Saturday letter also cited previous reports by legacy media claiming that FBI agents were searching for highly classified documents on “nuclear weapons” at Mar-a-Lago, a claim that has been slammed by the former commander-in-chief, who called it a “hoax.”

While federal law bars the removal of classified documents to unauthorized locations, Trump could argue that as president, he was the ultimate declassification authority.

Prior to Trump, his lawyers have said that the former president used his authority as president to declassify the material before he departed office in early 2021.

“They didn’t need to ‘seize’ anything,” the former president said in a statement on Friday afternoon. “They could have had [the documents] at anytime they wanted without playing politics and breaking into Mar-a-Lago.”