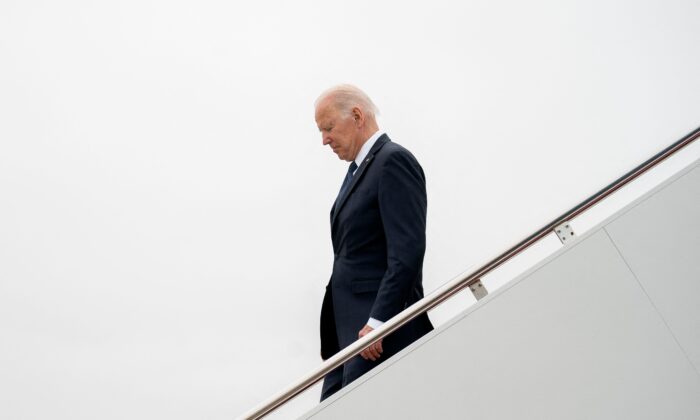 House oversight Republicans have launched an inquiry into whether President Joe Biden rewarded political donors with contracts and government positions, the latest allegation of misconduct against the administration as it fends off ties to Hunter Biden’s activities.

Republicans on the House Oversight Committee sent a letter to the Office of Management and Budget raising concerns about two major Democratic donors who have recently benefited from taxpayer funds.

“Media reports indicate a pattern of businesses associated with donors receiving substantial amounts of taxpayer money,” the letter reads. “To ensure that political donations are not unduly influencing the Administration’s management of contracts and loans, we request documents and information about what, if any, safeguards and procedures are in place to protect taxpayers.”

The inquiry names Joe Kiani, who founded and leads Masimo, a global medical technology company. Kiani has been a mostly Democratic donor for over a decade, giving to a range of groups and candidates.

Now Kiani sits on the President’s Council of Advisors on Science and Technology. In addition, the letter says Kiani has received a range of federal government contracts.

The Republicans on the committee also pointed to another donor, Lukas Walton’s solar company First Solar, which gave to Biden’s campaign and the Democratic National Committee. That company later received a major loan from a federal agency.

“In December 2021, the company received a $500 million loan from the [International Development Finance Institution],” the letter reads. “Awarding lucrative government contracts to companies led by large Democratic donors is becoming a troubling Biden Administration pattern and raises questions about whether political contributions play a role in the decision to award federal taxpayer dollars.”

The White House did not respond to a request for comment in time for publication.

Hunter Biden, the president’s son, has been under scrutiny for how he made large sums of money overseas and whether the president had knowledge of the deals, was involved in them, or could be compromised in any way. The U.S. Department of Justice is currently investigating Hunter Biden.