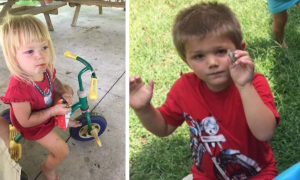 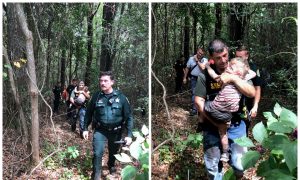 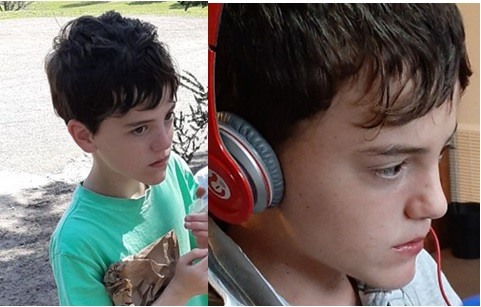 Crews will continue searching for a second night for a teenager with non-verbal autism who has been missing in regional Victoria since Monday afternoon.

Additional police and emergency services will join the efforts of the hundreds looking for William Callaghan, otherwise known as Will, on Tuesday evening after he became lost the previous day.

The 14-year-old boy was last seen about 2:20 p.m. on Monday when he was walking to the summit of Mount Disappointment with his family.

The youngster raced ahead and became separated from his family, wearing just blue trackpants and a hoodie ahead of a night where temperatures dropped below zero.

Tuesday’s clear, sunny sky kept up hopes of finding him after an air and ground search started on Monday afternoon.

But concerns for his wellbeing have now grown as the search heads towards a second night where temperatures around the Victorian hiking spot will be as cold.

The weather bureau expects the temperature on the exposed mountain to drop to zero and -3 degrees Celsius in the valleys overnight.

William is very energetic and food-focused, with police believing he may have walked into a house to help himself to food, or tuck himself into a bed.

“William doesn’t verbalise so if anyone finds him, the best way to communicate with him is to be patient and calm,” Acting Inspector Christine Lalor said.

He also taps his chest to communicate.

William went missing without food and water and could have covered a lot of distance by now, police said.

Search and Rescue Squad Senior Sergeant Greg Paul told reporters on Tuesday they were fighting against time, but remained hopeful.

“It’s quite life-threatening weather, but we have had people survive several nights in these weather conditions as well,” he said.

“Luke Shambrook, six years ago … we found him on day five, he was alive and he’s alive today.”

A mix of four-wheel-drives, people on foot, motorbikes, horseback and those in the air are involved in the search.

More than 200 volunteers joined about 150 police and emergency services who are looking for William.

But they were “giving it our best effort” to search the steep terrain.

“The only advantage is … There is an opportunity to stay a little bit warm if you can snuggle up in the undergrowth,” he said.

Anyone who sees Will is urged to call Triple Zero (000).

By Christine McGinn and Ulises Izquierdo