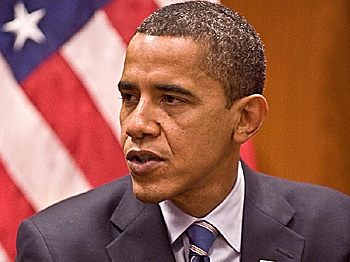 The MBA projects that if absent recession at this rate the started foreclosure actions for 2008 could reach about 2.2 million foreclosures. (Charlotte Cuthbertson/The Epoch Times)
Real Estate

One in 10 American households fell behind on mortgage payments or were in foreclosure during the third quarter of this year as the property prices tumbled and the world’s largest economy–the U.S.-slashed jobs, adding more pressure on distressed homeowners, said the Mortgage Banker's Association(MBA) in a national survey released last week.

The delinquency rate for mortgage loans on one-to-four unit residential properties stood at the all time high 6.99 per cent of all loans outstanding at the end of the third quarter of 2008.

The latest survey of the banker’s association showed that 10 per cent of mortgages of one–to-four family homes were at least one month overdue or in the foreclosure process during the third quarter of this year. That number shows an increase from three months earlier – 9.2 per cent and is up from 7.3 per cent a year ago.

The sensational adjustment of the share of overdue mortgages and loans already in foreclosure which rose to 2.97 per cent in the third quarter continues to be the highest recorded in the MBA survey. The increase in the overall nation-wide delinquency rate is driven by increases in the number of loans – 90 or more days overdue – primarily in the states of California and Florida.

For prime loans, 5.9 per cent were falling behind with payments, and for subprime loans, or of those borrowers with weak credit card records or high debts compare to income, the rate was 33 per cent for the third quarter, was estimated by the national survey.

“We have not gone into past recessions with the housing market as weak as it is now so it is likely that a much higher percentage of delinquencies caused by job losses will go to foreclosure than we have seen in the past,” said Jay Brinkmann MBA’s Chief Economist.

Brinkmann said the mortgage problem in some states continues to deteriorate, and some basic economic factors such as employment are becoming more important. The U.S. government released a grim report last week, estimating that the employers in the country slashed 553,000 jobs in November alone – the largest number for the last 15 years, pushing the jobless rate in the U.S. to 6.7 per cent, and for California over 8 per cent.

“We have not gone into past recessions with the housing market as weak as it is now so it is likely that a much higher percentage of delinquencies caused by job losses will go to foreclosure than we have seen in the past,” Birkmann said.

The MBA's repot estimates the conditions until Sept. 30, but since then the stock market tumbled and economy has slowed down even further.

Job and population losses were the problems in states like Michigan and Ohio until recently, according to the banker’s association, whereas problems in California and Florida used to be a combination of too many houses, and speculation. But now, the economic factors in California and Florida have been deteriorating and over the past year Florida led the nation in job lossess at 156,200 with California losing 101, 300, as compared with Michigan job losses at 71,200 and Ohio at 17,300.

Meanwhile the Bush administration is working feverishly to find a solution against the growing tide of foreclosures. Last week, Federal Reserve Chief Ben Bernanke unveiled a plan that would have the U.S. buy overdue mortgages and refinance them. He also called for aggressive action and supported a loan-guarantee plan.

But The Treasury Department and the White House have had arguments about the loan-guarantee plan fearing that it could encourage people to stop paying their loans and push banks to foreclose, showing that there is little agreement within the administration about how to proceed with the growing number of delinquent mortgages and foreclosures.