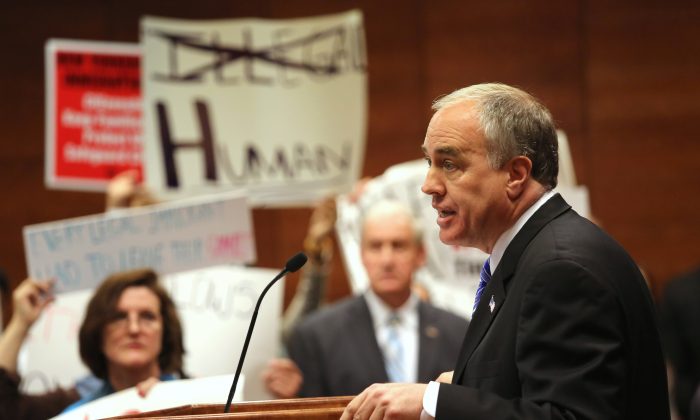 Overcharged Tenants Wait up to 3 Years for Cases to Be Assigned, Comptroller Says

Affordable housing tenants make about 6,500 complaints a year, from issues with broken elevators to rent overcharges, and it takes an average of 10 months to resolve a complaint, according to State Comptroller Thomas DiNapoli’s audit of affordable housing programs.

In New York, there are about 1 million regulated apartments considered to be affordable housing.

The report was based on over 19,000 complaints from 2010 to 2012. About one third of the complaints took over a year to handle, and some took up to four years.

The state’s Office of Rent Administration (ORA) handles the complaints. According to the report, much of the delay is caused by the length of time it takes the agency to assign an examiner—seven months. It typically took longer to assign a case than to address the complaint.

ORA officials attribute the delays to staff cutbacks. The agency has just 80 examiners to handle the thousands of requests each year.

The agency also needs to wait for several parties to respond to cases, dragging out the process.

The comptroller recommended ORA set deadlines for different types of complaints, but ORA wrote in a response that it could not, because the complaints are case-by-case and general deadlines would not be feasible.

Overcharged tenants faced the longest delays—an average of 15 months. One Brooklyn tenant was overcharged $12,580 in that period of time.

In one case, a tenant reported bedbugs and the case was assigned to an examiner in two months. But the agency never came to inspect the building, and eventually the tenant moved out, resulting in the complaint being dismissed a year after it was filed.

DiNapoli also recommended ORA investigate long-term cases to determine why they stay open, and ORA responded it would be a priority.

The comptroller also recommended the city and state only provide housing grants to landlords and developers who maintain their buildings in good conditions.

The poor conditions are sometimes severe, according to cases outlined in the report.

At 56 Seventh Avenue in Manhattan, elevators did not work, lobby doors were never locked and could not open and close properly, and hallways were full of holes and exposed electrical wiring.

Several inspections were ultimately made, but it took a year and a half.