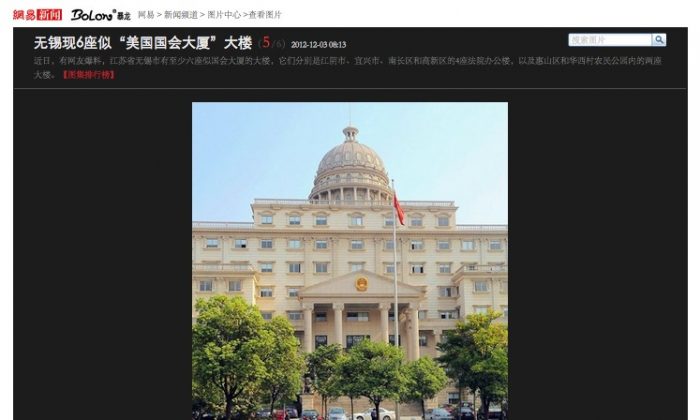 The office building of the Gaoxing District People’s Court in Wuxi, Jiangsu Province, which surprisingly resembles the US Capitol building. (Screenshot by Epoch Times from Netease)
China

Local government buildings in China tend to be oversized, this is especially obvious in towns with small populations, where the townhall for example, may be huge, and the style of architecture often resembles that of American buildings. Also, many of these townhalls mimic the US Capitol building in Washington, D.C.

This misuse of budget monies and obsession with “big size” is obvious everywhere in China, even massive “ghost cities” have been built where hardly a soul lives.

China may have a hard time copying the western political system, so they have put energy and resources into duplicating western-style architecture, going over the top with their efforts.