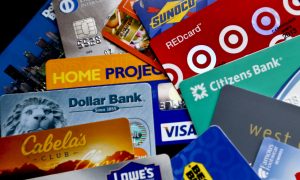 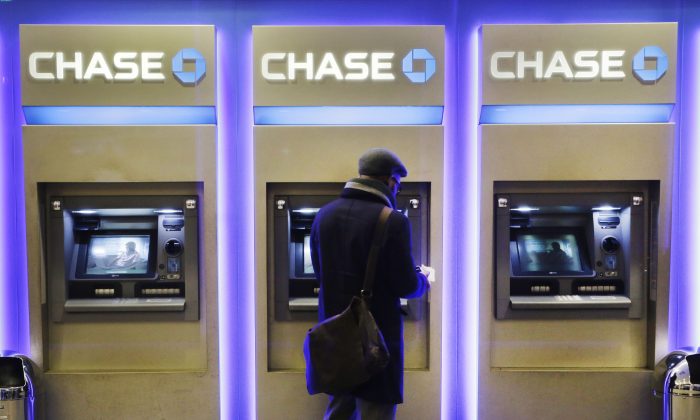 A customer uses an ATM at a branch of Chase Bank in New York on Jan. 14, 2015. (AP Photo/Mark Lennihan)
Canada

‘Over the Moon’: Chase Bank Erases Credit Card Debt for Its Canadian Customers

Chase Bank credit card users across Canada were left stunned but happy this week after they discovered that all of their outstanding debt has been forgiven by the bank.

The U.S.-based banking company, a subsidiary of financial giant J. P. Morgan Chase, made the decision after retiring two of their Canadian credit cards—the Amazon.ca Rewards Visa and the Marriott Rewards Premier Visa. After the cards were discontinued in Canada in March 2018, Chase apparently decided that forgiving all customers’ outstanding debt would be the quickest and easiest way to take their leave from the Canadian credit card market.

Chase Bank sent out letters to all of the affected users this week to explain that their debt no longer needed to be paid, and people were understandably overjoyed.

Turner said that when he received the letter from Chase, he’d been expecting bad news and was under the impression that he’d missed a payment. When he realized that he hadn’t, and that the bank was actually wiping all of his outstanding debt for good, he was elated.

Turner had accumulated a total of $6,157 in debt on his Amazon.ca Rewards Visa with Chase Bank. He told CBC that a majority of that sum was accumulated as a result of frequent purchases on Amazon, including electronics and supplies for his dogs. The purchases would come out to about $300 every month, and eventually soared into the thousands.

Now, with the bank’s unexpected move, that debt has been erased.

“I was sort of over the moon all last night, with a smile on my face,” Turner said. “I couldn’t believe it.”

Montreal university student Christine Langlois, 24, had her debt of $1,300 forgiven by the company. She told CBC News that she’d stopped making payments on her Amazon Visa five years ago, and that having all of her debt wiped away was like she was “being rewarded for irresponsibility.”

Langlois said she wasn’t able to make her usual monthly payments as her debt slowly grew. “Every time I got a paycheque, it was like, ‘OK, food or pay this credit card’,” she said, describing her experiences and struggles with money. “It was just super stressful.”

With Chase Bank now erasing her debt, she “considers [herself] lucky.”

“To have it just gone, it’s sort of like, surreal,” she said.

Headquartered in Manhattan, Chase operates under its parent company J.P. Morgan Chase & Co., an enormous investment bank providing financial services to customers in multiple countries around the globe. J.P. Morgan is currently considered the largest bank in the United States and the most valuable bank in the world by market capitalization. Chase Bank’s total income in 2018 was an astronomical US$32.474 billion.

In an email to CBC, spokesperson Maria Martinez said that “ultimately, we felt it was a better decision for all parties, particularly our customers”.