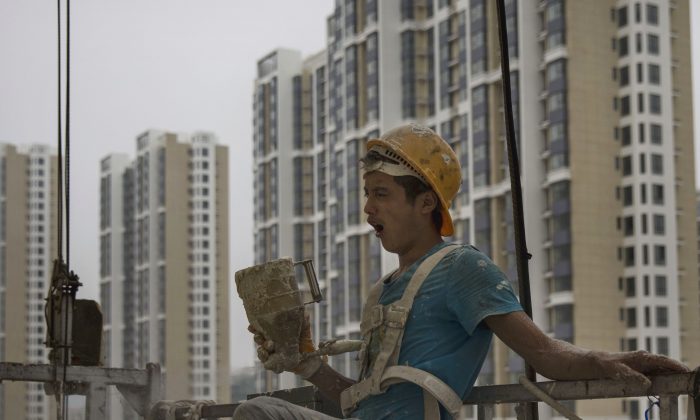 Over Ten Billion Square Feet of Chinese Housing Are Empty

Zhu did not state the source of his figure, though it corroborates with what is widely known about China’s real estate market: many housing stock go unused, and the market may see a significant price correction in the future, wiping out vast household wealth. Zhu made his remarks at the IMF spring meetings held in late April, and they were later quoted by China Times, a semiofficial newspaper.

China’s rapid urbanization prompted a housing construction craze, but over-investment resulted in notorious “ghost cities,” or communities left empty due to a lack of demand.

China’s state mouthpiece, Xinhua, quickly worked to counter the idea that there’s a real estate bubble in China, publishing an analysis that sought to dismiss the number provided by Zhu Min.

The idea that there is a bubble is not particularly controversial, though there are questions as to when it will burst, and what impact such an event will have on the economy.

“Despite limited demand, many third- and fourth-tier cities are laden with huge housing inventories, forming a bubble which may burst, especially in view of the low transaction volume for new houses in these cities” said Zhang Dawei, superintendent of the market research department at Centaline Property, according to Mingtiandi, a website that reports on China’s property sector.

A survey by Gan Li, a professor at the Southwestern University of Finance and Economics, revealed that 22.4 percent—about 49 million units—of China’s urban housing was vacant.

Regarding the true gravity of the situation, no official Chinese statistics have been published.

According to Zhang Liqun, a researcher with a Chinese regime think tank, the bulk of China’s housing projects have shifted to smaller, so-called third- and fourth-tier cities. But market demand has not kept up, a fact that Zhang said could well lead to those cities becoming ghost towns.