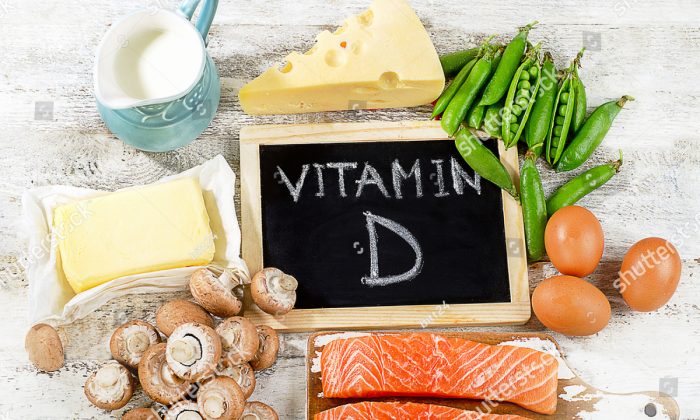 Vitamin D, or the sunshine vitamin, is essential for a healthy immune system, bone health, and preventing certain cancers.
Australia

Researchers from Curtin University have estimated that more than 95 percent of Australians older than two years of age have a vitamin D intake below the recommended daily average.

Vitamin D is a vitamin stored in fat and helps the body absorb and retain calcium and phosphorus; both of which are critical for building bone. Apart from its role physiologically, studies have also shown that a vitamin d deficiency is associated with poorer mental health, particularly depression.

The team analysed results from the most recent and comprehensive study on vitamin D, the 2011 to 2013 Australian Health Survey (AHS) which surveyed over 32,000 respondents.

Participants were asked on the phone to recall the food they ate in the past 24 hours, with a second survey conducted eight days later. The survey found 17 percent of young adolescents and 32 percent of young Australians were vitamin D deficient.

Through the 24-hour meal recalls, the team then investigated the amount of vitamin D that would have been consumed based on concentrations in common meals and the meals they reported.

The team found, based on vitamin D and its vitamin variant concentrations that Vitamin D consumption for an average Australian was less than 3.5 μgram a day, lower than the Institutes of Medicine’s recommended daily average of 10 μg a day.

Additionally, after testing for vitamin d concentration in common meals and meals reported by the respondents, the team found that Australians would be obtaining the least Vitamin D through consumption when compared to the U.S., Canada and some European countries.

“This gap may be a result of differing fortification practices,” the authors speculated as “vitamin D is found naturally in relatively low concentrations in a narrow range of foods.”

Currently, in Australia, only margarine is mandatorily fortified, though vitamin D can be voluntarily fortified in low-fat milk, dairy alternatives and breakfast cereals, the authors argue that fortification of these products is not routine.

“By contrast, foods such as dairy products, dairy alternatives and juice are commonly fortified with vitamin D in the USA and Canada, whereas fortification practices vary across European countries.”

From their findings, the team estimated that more than 95 percent of Australians over the age of 2 had vitamin D intakes below the estimated average requirement.

“This new evidence of low vitamin D intakes, together with high prevalence of vitamin D deficiency in Australia, suggests that data driven nutrition policy is required to safely increase intakes of vitamin D and improve vitamin D status at the population level,” the authors concluded.