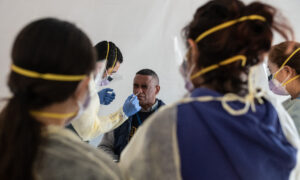 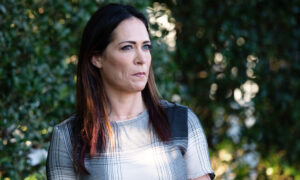 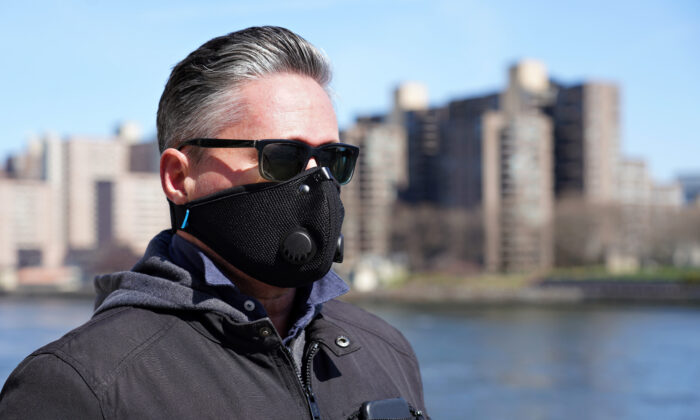 A man walks by the East River wearing a protective mask as the coronavirus continues to spread across the United States, in New York City on March 22, 2020. (Cindy Ord/Getty Images)
US News

The State Department announced on March 25 that it has repatriated more than 9,000 Americans from 28 countries in an “unprecedented global effort” amid the COVID-19 pandemic which has seen the closure of borders and suspension of commercial flights worldwide.

The effort to repatriate citizens comes after an estimated 13,500 U.S. citizens were believed to be stranded abroad as of Monday, according to the State Department, as dozens of countries restricted travel and shut off their borders in a bid to slow the transmission of the CCP virus.

“As of today, we have repatriated more than 9,000 Americans from 28 countries,” State Department spokesperson Morgan Ortagus said in a statement Tuesday. “We have no higher duty than to protect American citizens, and have launched an unprecedented global effort to bring home our citizens from every corner of the globe.”

The effort to date to bring Americans back to the United States “has involved close collaboration with the U.S. Department of Homeland Security, the Department of Defense, foreign governments, commercial airlines and other private-sector partners, and NGOs.”

“The department has never before undertaken an evacuation operation of such geographic breadth, scale, and complexity,” Ortagus said. “We are using all the tools at our disposal to overcome logistical and diplomatic challenges and bring Americans home from hard-to-reach areas and cities hardest-hit by the virus.”

State Department officials told reporters on Monday said it had repatriated about 5,700 U.S. citizens and legal residents, as Americans stranded abroad sought assistance to return home. One official added Monday that the department had arranged for the repatriation of 1,600 Americans on 16 flights around the world over the next five days, The New York Times reported.

“We will continue to take decisive action to inform and safeguard U.S. citizens overseas, protect the homeland, advance the administration’s commitment to building global health security capacity for this and future outbreaks, and reduce the impact for U.S. companies and supply chains overseas,” the State Department said.

According to official government data collated by Johns Hopkins University, by Wednesday there were at least 55,148 confirmed COVID-19 infections in the United States and some 797 deaths.