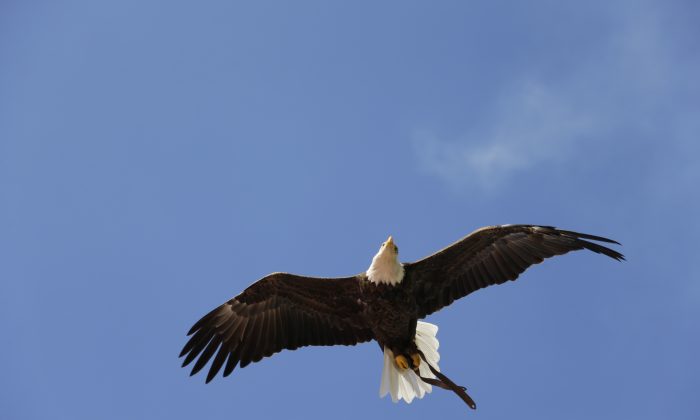 Teams counting bald eagles at Montezuma National Wildlife Refuge were stunned to find 77 in total, including a tree filled with 30 juvenile bald eagles.

That alone was almost as high as the complete count last year, 43.

Many of the bald eagles were immature, but volunteers spotted several adult pairs that were already designating their territory for nests.

Happy to see this news. I’d be even happier to see them. Maybe they’d let me take a few pictures.

David Marsh, refuge coordinator of the midwinter survey–which takes place in more than 40 states between January 4 and January 18–called the count “unbelievable.”

The count is especially remarkable in New York, considering a single pair of bald eagles remained in the state just a few years ago.

The increase stems from the release of about 200 pairs imported from Alaska.

Scientists using applications to try to build wind turbines, cell towers, and radio towers away from where eagles are nesting has also helped the population increase.