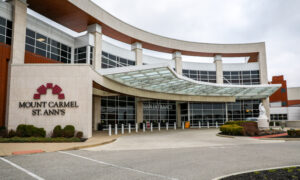 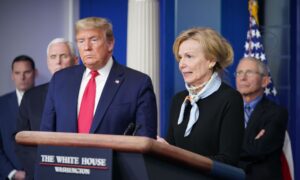 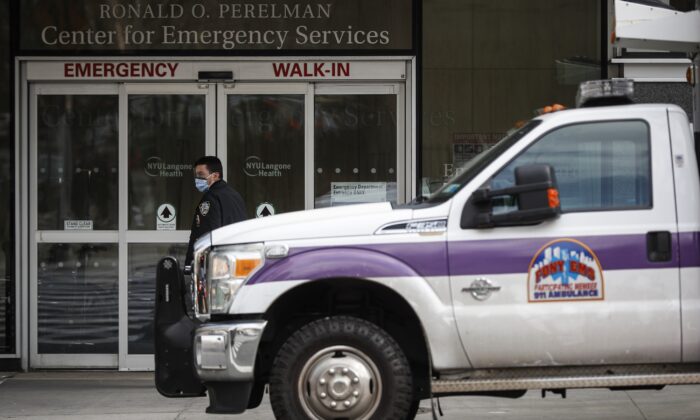 New York City has over 15,000 confirmed cases of the new illness, with 211 being members of the NYPD, Commissioner Dermot Shea told reporters on Tuesday.

Of those, about 177 are police officers and 34 are civilian members of the force.

Overall, 2,774 NYPD personnel are currently not at work because they’re sick, Shea said. That’s 7.6 percent of the department’s uniformed workforce.

“It’s a trend as you talk about what we’ve seen and what we’re trying to do with social distancing and lowering the curve,” Shea said.

“What we’re seeing internally as an agency on the frontlines is we are still on an upward climb,” he added.

NYPD officers were told to continue working even if they come into contact with people who have COVID-19.

“What we are doing is based off of CDC and Department of Health recommendations, that there is no reason for health workers or law enforcement to quarantine themselves just because they were in contact with someone that has been confirmed with COVID,” Chief of Department Terence Monahan told WCBS last week.

The NYPD is making exceptions for partners who patrol in the same vehicle; both will be quarantined if one comes into contact with a confirmed patient.

Officers were being given masks, gloves, disinfectants, and alcohol wipes, he said.

Pictures and videos shared by the NYPD News social media pages, as well as accounts for Shea and Monahan, show officers without masks and gloves. Officers were practicing “social distancing,” or maintaining six feet between themselves and other officers, according to several posts. A focus of continued patrols is telling New Yorkers to practice social distancing if they have to leave home, Monahan said in a statement.

The NYPD also said that it was hiring additional cleaning staff to sanitize its facilities.

In a statement Tuesday, the department said: “The increase in the number of employees on sick report was anticipated and given the nature of the virus, it is expected that this number will grow.”

The NYPD said the number of people out sick has had a “minimal impact” on policing the city.

In terms of crimes being committed, Shea told reporters that there were the “fewest crimes” on Monday because of two days with heavy snow.

“We saw an immediate drop in most categories, I would say, in crime,” Shea said, leading to a significant drop in arrests.

There are still some shootings and a “significant increase in robberies,” Shea said, as well as cars being stolen.