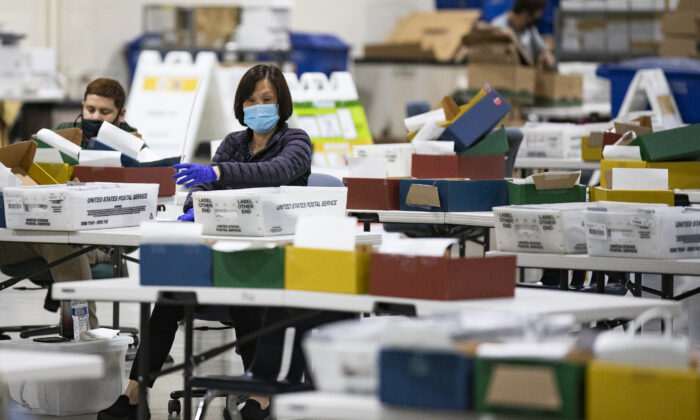 Over 20 Million Have Voted So Far Ahead of 2022 Midterms

More than 20 million Americans have cast absentee ballots or voted in-person ahead of the 2022 midterms, according to researchers in an update on Sunday morning.

Some 12.5 million have cast mail-in ballots while nearly 8 million have voted early and in-person, data from the University of Florida’s Election Project shows. The project compiles voting data for states that report early voting

Michael Bitzer, a professor at Catawba College in North Carolina who was described as an expert in early voting patterns, told Politico on Saturday that the greater turnout of early voting doesn’t reflect a shift in the electorate. That article, citing Democratic analysts, asserted that young people are not turning out in large enough numbers for Democrats.

“The vast majority of these early voters are typical early voters, either voting in person or by mail,” Bitzer said. “So we’re not kind of seeing folks shift their vote method from Election Day to early voting so far.”

Georgia’s Secretary of State’s office, which was heavily derided by Republicans following the 2020 election for what they said was a failure to act on voter fraud, said Saturday that voters have turned out in “record breaking” numbers.

“One in five active voters have already gotten their vote in, and we will hit the 2-million-mark next week,” said Secretary of State Brad Raffensperger in a news release. “The strength of our voter registration system and our county election directors are on full display.”

The office said that voters in the state “have begun to return absentee (mail) ballots at a higher pace, and as of Friday, 144,394 ballots have been returned to county election offices,” and he claimed that only 899 ballots have been rejected statewide, and those voters receive cure notices explaining how they can cure any discrepancy.”

Democrats have held both chambers of Congress and the presidency for the past two years but might not have such consolidated power for much longer.

Republicans are favored to win the House in the Nov. 8 midterm elections, bolstered by frustration over the economy and advantages in the redistricting process that takes place every 10 years; the outlook is murkier for the GOP in the Senate. Several races in key battleground states are tight, leading Senate Minority Leader Mitch McConnell (R-Ky.) earlier this year to declare the chances of his party winning a majority are just 50–50.

The professor who runs the university’s Election Project, Michael McDonald, told ABC News that the early voting appears to be “very robust” as compared with previous midterm elections.

“It does seem very robust, early voting … I think we’re looking at more like a 2018 election, definitely,” he said last week.

“I’m going to be spending the rest of this time making the case that this is not a referendum. It’s a choice, a fundamental choice,” Biden said. “It’s a choice between two very different visions for the country.”

Repeating Democrat Party claims against the GOP, Biden said Friday that “democracy is literally … on the ballot this year.”