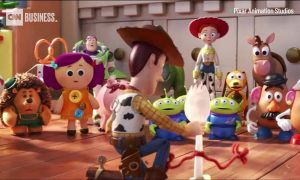 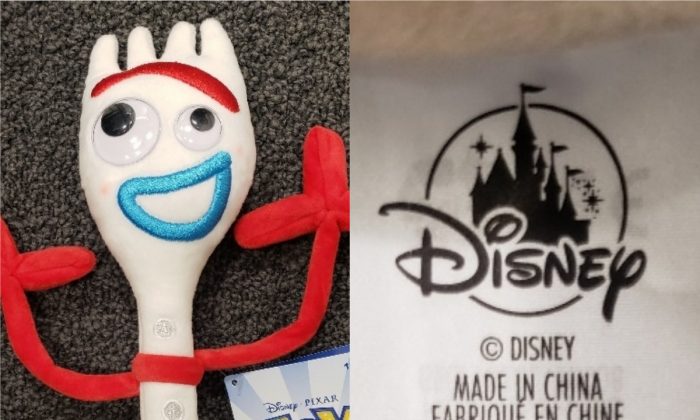 The 11-inch Disney Forky Plush (L) and its label. A recall was issued for the plush on June 9. (Health Canada)
Canada

Over 19,500 Disney Forky Plush Toys Recalled in Canada and US Due to Choking Hazard

Disney is recalling its 11-inch Forky Plush Toy because the plastic eyes of the toy can detach, posing a choking hazard.

The toy is based off the character from “Toy Story 4,” which was released on June 21 in Canada. The character is a handcrafted plastic spork on a cream-coloured base with “googly” eyes, a mouth of blue clay, and pipe cleaners for feet, arms, and hands.

Trash or Toy? Head to theaters now and make a new friend in #ToyStory4. #Forky pic.twitter.com/8IvBFe6J6d

The recall, issued July 9 in Canada, came due to concerns that the plastic eyes could detach, posing a choking hazard for young children. It is a joint recall with Health Canada and the United States Consumer Product Safety Commission.

Approximately 650 of the affected plushies were sold in Canada and 19,000 were sold in the United States between April 2019 and June 2019. The product was sold at Disney Stores, Disney Theme Parks, the online Disney store, and through Amazon Marketplace for about US$20.

#RECALL: Does your child have a Disney Forky plush toy? Find out about the recall and what to do: https://t.co/Yc0tKgK3EY pic.twitter.com/s0Hvqv5sHf

As of July 2, the company has received one report of an incident in Canada, and no reports of injuries, according to the CFIA. There have been no reports regarding incidents or injuries from the United States.

“Consumers should immediately take the recalled toy away from children and return it to any Disney store retail location or consumers can contact Disney store Guest Relations online or via phone,” Health Canada says in their warning.