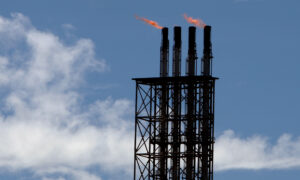 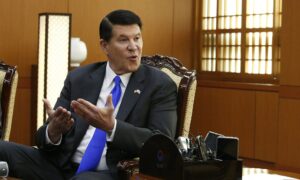 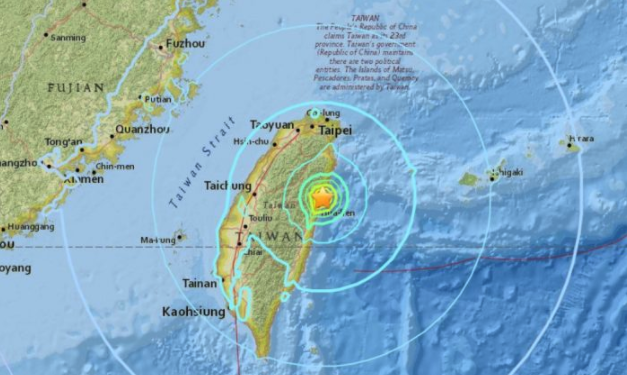 Over 153 Aftershocks After Recent 6.1 Quake Raise Fears of Another Major Tremor

Taiwan has been hit by hundreds of aftershocks in the wake of two major quakes that have rocked the island over the past three days, and reports show there may be more to come.

According to the Taiwan News, a series of aftershocks was noted in the hours following the 6.4 earthquake (USGS data, CWB cites a slightly different figure) that struck on Monday, Feb. 6. By around 3 p.m. local time on Feb. 7, the tally of aftershocks stood at 153.

Of those, 18 were substantial enough to be felt.

The presence of these aftershocks from last night’s quake in the city of Hualien suggests a potential for another strong earthquake, according to a Central Weather Bureau report.

After a magnitude-6.1 earthquake hit Hualien on Sunday (USGS data) the Central Weather Bureau (CWB) counted 94 aftershocks the following day, 40 within the first three hours after the main quake hit.

Three of the aftershocks measured over 5.0 and the largest was 5.4.

The CWB initially reported that the tremors following Sunday’s quake would decrease in size, but the opposite turned out to be true.

The aftershocks started to get stronger, culminating in yesterday’s 6.4 earthquake (USGS data).

Director of the CWB Seismological Center, Chen Kuo-chang, said that if this trend in aftershock size continues, it’s more likely another earthquake will hit.

The 6.4-magnitude quake that hit Hualien late on Tuesday killed at least two people and caused several buildings to collapse.

The quake struck about 22 km (14 miles) northeast of Hualien shortly before midnight, and the epicenter was very shallow at just 1 km (about two-thirds of a mile), the USGS said.

Video shows building tilting over after magnitude-6.4 earthquake hits off coast of Taiwan; at least four buildings have collapsed from the quake. https://t.co/p8SjM9lvKy pic.twitter.com/NTBF1UukV2

“The president has asked the Cabinet and related ministries to immediately launch the ‘disaster mechanism’ and to work at the fastest rate on disaster relief work,” President Tsai Ing-wen’s office said in a statement.

Among the buildings toppled in the quake was the Marshal Hotel in Hualien, where three people were trapped inside, the government said.

Four other buildings, including two hotels and a military hospital, also tilted during the quake in Hualien, which is located about 120 kilometers (75 miles) south of the capital, Taipei.

The government said two bridges in the city were either cracked or could not be used due to the quake.

According to Taiwan News, a swarm of earthquakes struck eastern Taiwan over the past several days.

“At the time of publication, Taiwan had registered 19 earthquakes today, with all the tremors clustered around the same area off the coast of Hualien. No injuries were reported at the time of publication,” the Taiwan News reported. “On Feb. 4, there were 28 earthquakes recorded coming from just off the coast of Hualien, with 12 occurring in a single hour, the largest of which was a magnitude 5.8 temblor. The pattern continued with 10 more earthquakes on Monday, the largest of which being a magnitude 5.0 quake,” Taiwan News reported.

Officials told the publication that the quakes are being caused by the Philippine Sea (tectonic) Plate sliding under the Eurasian Plate.

On average Taiwan receives two to three magnitude-6.0 and higher earthquakes a year although they often occur in a deep layer of the earth or offshore so we do not feel them as strongly, according to UDN.

Last year there was not a single earthquake over 6.0 however the year before last there were five, three of which occurred offshore.

Coincidentally the last magnitude-7.0 earthquake in Taiwan struck Tainan in 2016.

How Doctors in China Turn into Murderers – It’s Horrifying