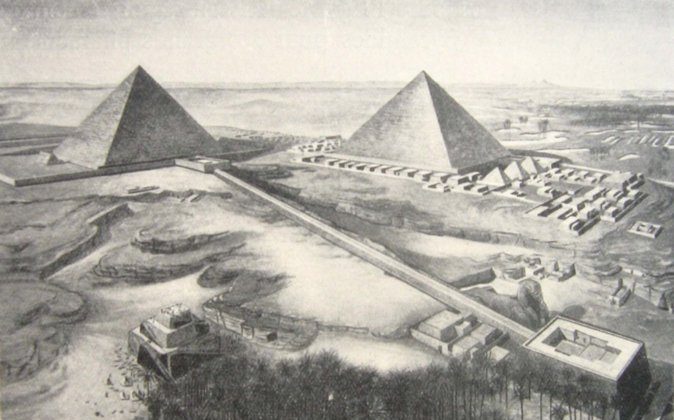 Outwit History With These 7 Debunked Misconceptions

History works in funny ways. As we grow up we are exposed to many events in history and call what we know as the truth. Unfortunately, what we know today may not be the entire story of these events. How well do you know the truth behind these misconceptions?

1. If you thought it was Edison who invented the light bulb, think again!

Countless teachers said Thomas Edison was the only inventor to come up with a device that would eventually light up the entire world— and we believed them. However, the truth behind this misconception was that Edison wasn’t the first and only inventor. Instead, Edison was the first person to create a long-lasting incandescent light bulb— it became the resulting outcome of three inventors Humphry Davy, Sir Joseph Wilson Swan, and Charles Francis Brush. By the time Edison took on the race to light up the world, the American inventor compiled the works from the three men, improved the 50 year old idea, and eventually commercialized his product to become more accessible to the public.

2. Slave Trade had always existed before the Europeans made it popular.

Before the Europeans made use of the Africans for labor during industrialization, many residents of Africa had their own system of slave trade. Owning a slave in Africa was said to be a part of cultural importance that emphasized respect and kinship. Thus most slaves were treated like indentured servants with many rights and freedoms given to them.

3. Marco Polo might have overemphasized just a little in his voyage to China.

Or maybe he emphasized a lot. Despite the well known fact that Marco Polo’s book of travels gained a lot of popularity, many people are still questioning the authenticity of his records today. The controversy stems from the content of his book which shows exaggerated descriptions of monstrous birds dropping elephants and devouring their carcasses.

Other descriptions left out key historical monuments and cultural aspects of China, such as the Great Wall, tea, women’s foot-binding, and calligraphy. In addition, Chinese historical records during the Yuan period did not show Marco Polo’s name written in the list of foreign visitors. Yet Polo claims to have visited the land and even brought back silk cloths and golden pieces, including a golden tablet given by the Great Khan on his departure.

4. The people who worked on the Pyramids of Giza were paid!

Contrary to popular opinion that the pyramids were constructed by slaves, the massive landmark was actually built by skilled laborers as a paid government job. They were exempt from taxes, and were later buried honorably in tombs located around the construction sites after their deaths. The rumor was said to have started by a Greek historian named Herodotus around late 400 B.C.

The Great Pyramid of Giza (Wikimedia)

5. The Earth was round before Christopher Columbus proved it!

It’s no doubt that the Earth is round. But it’s a misconception to say that Christopher Columbus proved that fact because it was already known by educated Europeans since Aristotle’s time.

When Columbus had to gain support for his voyage to the new world, many scholars disagreed with his stance. Because Columbus believed the size of the Earth was smaller, scholars refused to acknowledge his estimated distance of India.

6. Do what the Romans do—wear togas to funerals and parties!

That’s right; togas were not every day wear for the Romans. Instead, the common casual dress for the Romans were tunics during the ancient times.

Togas were deemed similar to modern day suits and were thus expensive and worn only for special occasions—which included funerals and parties. A female’s version of a toga is called a Stola.

7. Great Wall of China wasn’t so great at keeping out intruders.

Contrary to popular belief, the Great Wall of China didn’t keep all the foreign invaders out of the country. Despite the towering height of the mass fortification, many of China’s enemies didn’t seem to have any difficulty invading the land from the north.

Edit: Changes have been made to the last misconception about the Great Wall of China. It was the Song Dynasty that Genghis Khan invaded— not the Ming. The author apologizes for the inaccuracy.