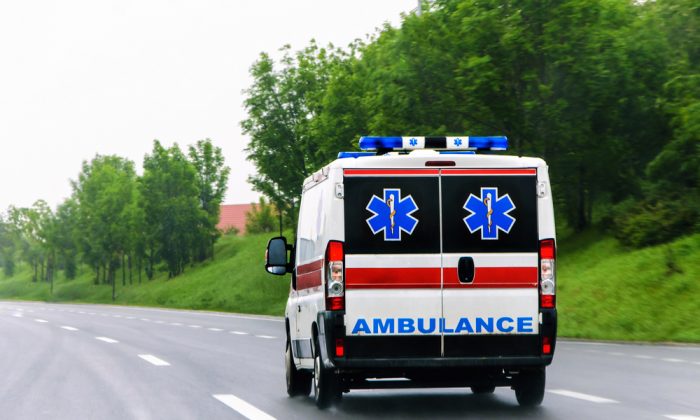 An 18-year-old Navy recruit collapsed and died at the boot camp in Great Lakes, Illinois, on April 23.

She was taken to a nearby hospital where she was declared brought dead. “The Navy and Recruit Training Command take the welfare of our recruits and sailors very seriously and are investigating the cause of this tragic loss,” Pfaff told the Navy Times in an email.

“Our thoughts are with Seaman recruit Nobles’s family and friends during this tragic time,” he said.

The young recruit was a Mobile native and a Baker High School graduate, her father, Harold Nobles told WKRG.

Nobles described his daughter as a big-hearted person. “She would give anyone anything, her last her dollar,” he said. “She was the sweetest soul. That’s the best way I can describe her.”

The Navy has promised a thorough investigation into Nobles’s death. This is not the first case of death at a boot camp.

Just a week before her graduation, Seaman Recruit Kierra Evans, 20, collapsed and died during her own physical assessment.

An investigation into her death is still ongoing, according to Lake County, Illinois, coroner Howard Cooper.

Evans’s death has raised many questions for Harold Nobles. “For me, I’m just like—what’s wrong? These young people are so excited about serving their country and going into the military. Are they doing enough to check them? Does physical testing need to be more in-depth?” Harold told WKRG.

“If information is discovered during the course of the investigation revealing deficiencies in our processes or procedures, that could improve safety in training, it would be acted on,” Pfaff said.

The death of two female recruits happened after the death of another seaman recruit Joshua F. Edge, 24, of Toledo, Ohio. He was found unresponsive in his bunk in the early morning on Oct. 8, 2018, according to Daily Mail.

“There were drugs in his system, but we don’t know if there were any other health issues,” Lake County Coroner Dr. Howard Cooper told Daily Mail.

At the time of Edge’s death, Capt. Mark Meskimen, 54, was removed from his role ‘due to loss of confidence in his ability to command,’ a representative from the Naval Education and Training Command said.

While the investigations are still ongoing, Harold Nobles said the family is grieving and focusing to get her home.

Seaman Recruit Kierra Evans, 20, died during her final fitness test at boot camp, one week before she was to graduate, according to the Navy’s Recruit Training Command.
https://t.co/DCGZMvjNd8

The young recruit had graduated from Baker High School last year. “A young lady of outstanding character, Kelsey was hardworking, responsible, and humble. She always possessed a positive attitude and sweet, mild spirit,” said a statement by her school.

“Friendly and outgoing, Kelsey was highly respected and admired by her classmates, teachers, and peers.”

The school said Kelsey was academically excellent and earned an “Advanced Diploma with Honors Endorsement along with numerous collegiate scholarship offers.”