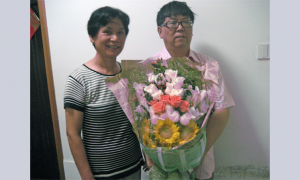 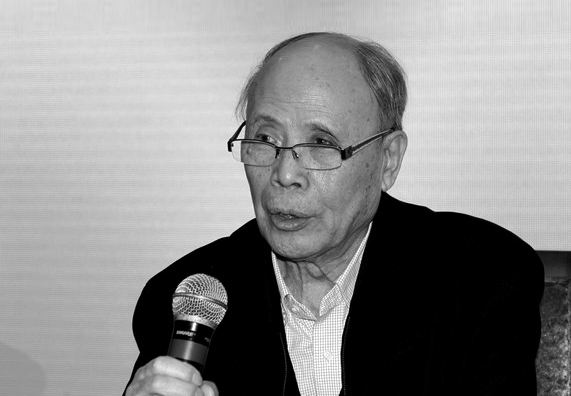 Du Daozheng, president of the Chinese political magazine Yanhuang Chunqiu. Du worries that the magazine's independence will be impacted after it is transferred to an organization under the Ministry of Culture. (Screenshot/yhcqw.com)
China

Outspoken Chinese Political Journal to Be Forced Into Party Fold

One of the more politically liberal magazines in China, Yanhuang Chunqiu, (meaning, approximately, “Annals of the Yellow Emperor”) recently received notice that it would be forced to come under the authority of a governmental organization, a move that editors fear will restrict what it publishes.

Yanhuang Chunqiu received notice on Sept. 17 from the State Administration of Press, Publication, Radio, Film, and Television (SAPPRFT), the official censorship and media control apparatus of the Chinese regime, that the magazine is required to transfer its affiliation to the Chinese National Academy of Arts, which falls under the Ministry of Culture, according to Deutsche Welle, Germany’s international broadcaster.

The publication is currently affiliated with the Association for Yan Huang Culture of China, classified as a social organization. In China, all publications are required to register with one or another official body—the move in this case, however, is thought to be aimed at bringing Yanhuang Chunqiu under closer Party control and scrutiny.

If the magazine does not complete the registration changeover in two months, it will be shut down, Deutsche Welle reports.

Since its establishment in 1991, Yanhuang Chunqiu has been outspoken in promoting constitutional governance and political reform, calling for the protection of human rights, freedom of speech, and press freedom. It has published numerous essays that support the political visions of Hu Yaobang and Zhao Ziyang, both former leaders of the Communist Party that died and were purged respectively, leading up to and after the democracy protests of June 4, 1989.

A number of retired Party officials have been involved in Yanhuang Chunqiu as managers and writers. The magazine president, Du Daozheng, is former director at the SAPPRFT, the censorship agency that is now clipping his wings.

“Yanhuang Chunqiu in fact has run as a private company, but the state forced a ‘red hat’ of state-owned enterprises on us,” the 91 year-old Du told Deutsche Welle. “Over 23 years, we’ve never received a penny, a single house, or any authorization from the government.”

The order came without any prior communication, which, Du remarked, he found lacking in basic courtesy.

He worries that the independence of the magazine will be restrained by the authorities after the move. “After transitioning to be under the Ministry of Culture … I think it’ll become part of the regime’s ‘regular army.'” Du said.

“It will inevitably interfere with our personnel and property, and especially interfere and restrict our reports. Yanhuang Chunqiu will then be like the People’s Daily and Qiushi, all speaking the one voice of the state and officialdom.”

Du said that he and his colleagues will fight for their right to maintain the outspoken angle of the magazine, but they are also prepared to kill it entirely. “I will not run a newspaper if it’s like the People’s Daily or Qiushi.” Qiushi, which means “seeking truth,” is the name of a well-known Chinese communist ideological journal, always providing authoritative and orthodox interpretations of Party policy.

The current meddling is not a first for Yanhuang Chunqiu. In January 2013, authorities shut down the website, claiming that it had failed to renew its registration information.

Du indicated at the time that the closure of the website was not on the order of Xi Jinping, then the new Party leader, because Xi “kept stressing the importance of the constitution.” Xi’s father, Xi Zhongxun, also once wrote an inscription for Yanhuang Chunqiu, praising it as a “good media.”

A possible source of the current obstruction—though one not mentioned by Du—is allies of former Party leader Jiang Zemin, given that the SAPPRFT is under control of Liu Yunshan, a member of the Politburo Standing Committee and a close ally of Jiang.