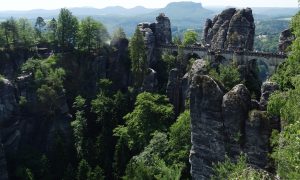 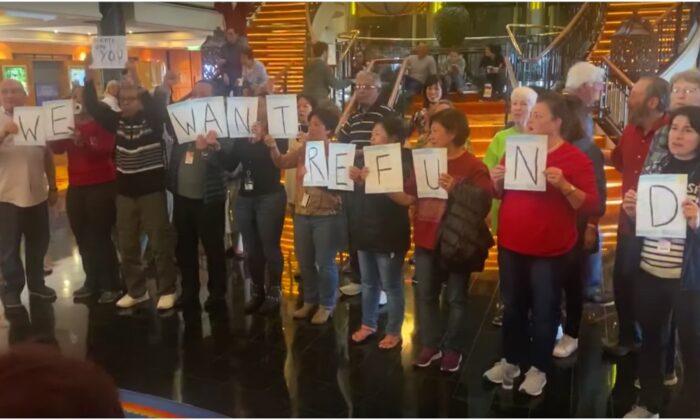 Outraged Norwegian cruise line passengers demanding a refund for the cruise holiday they described as a ‘holiday from hell.’ (Cody McNutt)
Europe

Furious luxury cruise passengers have hit out at Norwegian Cruise Line after their “mystical fjords” tour quickly turned into a “holiday from hell” with missed stops, blocked toilets, and stale food.

What was supposed to be a dream cruise with promised visits to France, Amsterdam, Norway, and Iceland, quickly took a nasty turn as outraged passengers were filmed chanting “shame on you” and “get us off this ship” in a staged mutiny.

The $6,400 14-day luxury trip aboard the Norwegian Spirit—which can hold more than 2,000 passengers—departed from Southampton, United Kingdom, on Sept. 27 as scheduled. However, it missed key stops, causing outrage among holidaymakers.

The ship first failed to stop at Amsterdam and Le Havre, then made its way to Greenock, Scotland, after it missed a stop at Reykjavik, Iceland. Once at Greenock, however, passengers were informed the vessel couldn’t stop there as well, reported the BBC.

A passenger told the BBC that the food served on the ship began to go stale and toilets were backed up.

After three days floating around the Atlantic the bathrooms are backing up, not flushing, and out of order today on Norwegian Spirit. pic.twitter.com/CFBANWycWX

“The food was going bad, the toilet in our room stopped flushing. There were several public toilets that stopped flushing… we were lucky no one got sick, really,” passenger Cody McNutt told the BBC.

He added that security had to intervene after “riots” broke out on the ship.

“They were threatening to arrest several passengers,” McNutt said.

“There was just an outrage, a roar, from all the people ready to get off the ship,” said Katasha Jones, describing the moment passengers were told the ship couldn’t stop at Greenock. Jones said she left the cruise early as she was “enraged.”

Other passengers described their experience on the luxury ship as “the worst trip of [their] lives.”

Debbie Fuller from Los Angeles told the Daily Mail, “We were promised such an incredible trip to all these amazing places but it turned into the holiday from hell.”

Passengers were reportedly offered a discount of 25 percent off future bookings with the cruise line.

NCL ruins holiday and offers passengers 25% off our next cruise after the captain is booed out of the lobby. pic.twitter.com/FCMJNwpGLX

“It just infuriated people that they would offer us to go on another trip with them after they had done this to us,” McNutt said.

In a statement obtained by the BBC, the Norwegian Cruise Line blamed the missed stops and “revised itinerary” on “weather conditions.”

“We are very sorry for any inconvenience and disappointment our guests experienced,” the statement read. ”We always do our best to provide our guests with a truly enjoyable and memorable vacation, but our very first priority is to ensure their safety and the safety of our crew.”

“However, we ask for their patience, cooperation, and understanding. We do the very most we can to call to ports whenever it is safe to do so.

“Our goal is to showcase the beautiful destinations our ships visit and to provide guests with an onboard experience that is second to none.”