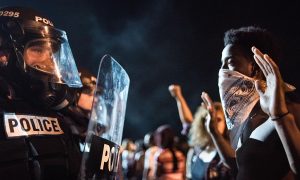 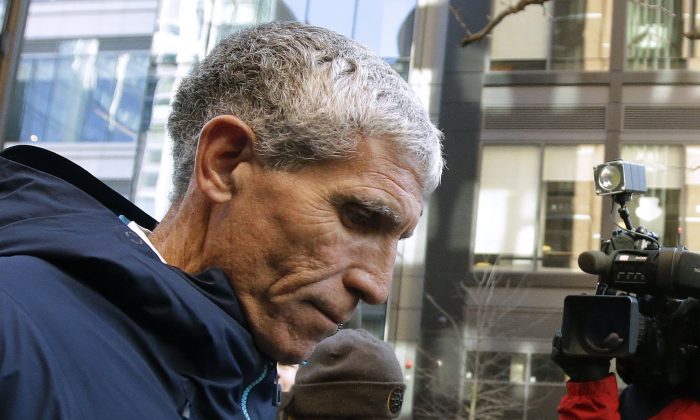 The elite university admissions scheme scandal broke on a Wednesday. By the following Saturday, The Wall Street Journal had published 21 articles about it.

After seven days, that number reached 30. Why did the scandal spark such a high degree of outrage?

Yes, the mastermind behind the scheme, William “Rick” Singer, and the parents involved broke certain civil laws. But this scandal engendered such intense public outrage because it smacked of flagrant indifference, not toward civil justice, but toward political justice—what is generally agreed that we owe one another.

A New York Times reporter put it well when she said that these parents knew they were breaking the law, but “they also don’t act like breaking the law is a completely big deal, and they seem to operate in a parallel universe with different consequences for them.” In short, they act like their status makes them unequal to the rest of us and above the law.

This scandal is an injustice that rightly elicits outrage that goes beyond what is justified for a mere violation of civil law. Opinions start to divide, however, on the question of what caused this scandal and, further, what should be done about it. That division is a disagreement about political justice.

Several pundits pointed to ensconced privilege as systemic racism in the foundation of American society as the cause of this scandal. They asserted that it’s more proof that any purportedly merit-based system is hopelessly rigged against certain (though hard-to-define) groups. The solution they propose is to double down on affirmative action.

In truth, though, the whole U.S. theory of government explicitly opposes the idea that wealth or race constitute any basis for justice or equality. The American conviction is that the law is blind to both, and—despite its imperfections in practice—that noble conviction has been the key to our greatness. The only way that higher education can be saved from leading us down the intersectional road to societal perdition is for public universities also to be blind to wealth and race in their admissions procedures.

The Claim of Social Justice

There are two forms of political justice that prevail in our country today, two different understandings of what we owe one another. One is the idea of social justice. Its adherents believe that society at large is rigged toward favoring some groups over others. Justice, therefore, consists in correcting society’s biases through arbitrary rules that favor the disadvantaged.

According to this logic, this scandal is proof that historical injustices against certain groups are so deep-seated that they require radical (literally “from the roots”) changes to the whole system because there is no other possible way they will be corrected.

This diagnosis of the disease is wrong. Society cannot be divided into clearly distinguishable groups as easily as social justice warriors believe.

For example, presidential candidate Sen. Kamala Harris (D-Calif.) has recently brought up again the idea that the descendants of slaves should be paid reparations for slavery. Her own situation shows the absurdity of this idea. Although she identifies as black herself (Don Lemon dissenting), her mother is an immigrant from India and her father is an immigrant from Jamaica. The only connection she has to slavery is through her father, whose ancestors were slaveholders.

How many other people—whites, blacks, and every shade in between—in the United States today are in a similarly convoluted position? I myself had relatives who fought on both sides of the Civil War, and many—like Harris’s family—came to the United States after slavery was abolished. It is a justice problem that even Solomon could not solve.

The cure for the disease is also wrong. Sen. Elizabeth Warren (D-Mass.) happily exhibited how ridiculous it is to try to recompense people according to the portion of victim-status they can try to claim. According to DNA test results, she’s at most 1.6 percent Native American, and yet she allegedly leveraged that victim-status to advance her legal career. Trying to parcel out reparations to people according to varying degrees of racial purity is as unjust as it is ludicrous.

The most important reason, though, why we should reject the social justice understanding of political justice is that its rationale is exactly the same as that of the claim that elite families are above the law.

The Claim of Justice From America’s Founding

The U.S. founders articulated the other idea of justice that prevails in this country. It is inimical to the idea that political justice should be based on group identity of any sort.

An often overlooked and underappreciated clause in the Constitution reads: “No Title of Nobility shall be granted by the United States.” That one little clause—emboldened by the ethos behind the belief that “all men are created equal” with regard to natural rights—stamped out hereditary nobility in the United States as it had existed in Europe for centuries.

This is the settled conviction of American republicanism: no one has a right to be above the law or to expect the government to grant them any form of privileged status based on a group identity.

Consequently, more than enough weight resides in the understanding of justice to set right the scales that have been upset by the injustice committed by the people involved in the college admissions scandal.

If convicted of their alleged crimes, they deserve all the shame society puts on them and all the punishment to which the justice system submits them. The noble claims of the Declaration of Independence itself rise up to denounce the assumption of a privileged status, which these parents and all those in the elite class have started to assume.

These noble claims, though, are themselves threatened by social justice warriors who would throw out altogether the ideal of an objective standard that measures each individual’s actions on their own merit as unattainable and even racist.

It is admitted that both of these standards of justice condemn the university admissions scheme. But while social justice aims to correct this injustice with yet another injustice, the American understanding of equality is a transcendent standard of rights that condemns this injustice without also condemning itself.