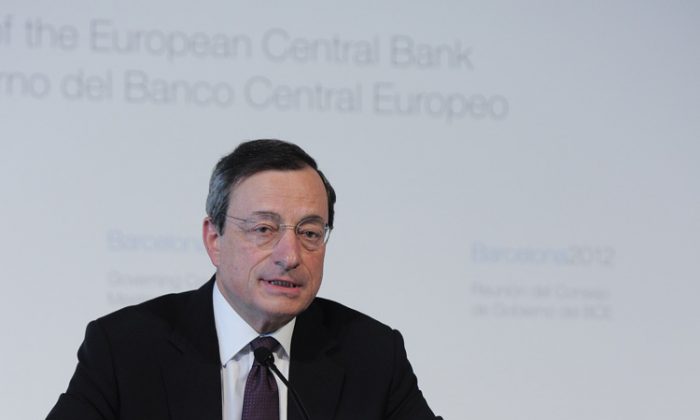 Investment gurus and economic advisors are becoming more negative when the topics of the European Union (EU) and the Euro are discussed. It is difficult to find those who aren’t trying to prove that their analyses bring to the public the facts and the realistic situation in Europe.

“Speakers at the Casey Research Summit were without exception negative on the outlook for Europe. … There is virtually no chance that Europe will experience a good outcome,” according to a recent article on the Advisor Perspectives website. Casey Research, an investment research firm, held the summit at the end of April.

The EU countries’ mountain of debt appears to be at issue and mentioned in every article, and not a single voice predicts an easy way out, but instead envisions large losses and sacrifices.

“Europe has accumulated a mountain of debt so large in both absolute and relative terms that it is impossible for it to manage its way out of it without significant damage,” according to the article on the Advisor Perspectives website.

The Advisor Perspectives article suggests that the EU’s public and private debt has reached $68 trillion, representing a 4.85 debt-to-GDP ratio. The gross domestic product (GDP) represents the total of all goods and services produced at a given time in a given country.

The EU problem is mostly political in nature, because each EU country has its own political system, and each one has its own objective.

Therefore, one “would run smack dab into a brick wall of political and ideological division, inflexible labor regimes, grossly different cultural and economic models, a much higher debt load, and a much weaker productive engine to service it. To put it more simply, the U.S. may be behind the curve, but Europe is not even on the curve,” the Advisor Perspectives article said.

“Exports to Europe are actually only about 3% of the U.S. economy. … Americans are quite capable of producing and then consuming much of what it makes. It’s one of the biggest reasons why the United States has such a robust economy,” according to a recent article on the Seeking Alpha website.

It can’t be ignored that some U.S. export-driven companies will be affected by the European dilemma, but that does not affect the entire United States, and the firms affected probably can find customers in Latin America or Asia.

Furthermore, gasoline prices have decreased by about 10 percent over the past months, and other commodity prices have dropped as well, improving the purchasing power of the U.S. consumer.

Interest rates, which affect economic growth, are a major reason for America’s ability to escape the economic quagmire, as the Federal Reserve will keep interest rates low for the foreseeable future.

The “U.S. Federal Reserve on April 25th confirmed the plan to keep short-term interest rates near zero through late 2014,” according to the Trading Economics website.

Additionally, investors, worried about losing their shirts, have dumped EU sovereign debt and placed their money in U.S. Treasury Bonds. With this, the market in fact admitted that the United States would pay its debt and not default.

But, most importantly, “investors buying American debt creates more demand, which in turn causes those bonds to rise in price. Higher prices in bonds means lower yields, exactly what Bernanke is trying to accomplish. For example, this latest scare over Europe elections has driven the 10-year treasury bond down to only 1.7%,” according to the Seeking Alpha article.

The “rapid and extreme expansion of the ECB’s [European Central Bank] balance sheet (again it was greater than QE lite and QE2 combined… in nine months) indicates the severity of the banking crisis in Europe. You don’t rush this much money out the door this fast unless you’re facing something very, very bad,” a May 21 article on the Phoenix Capital Research website said.

QE stands for quantitative easing, a tool used by central banks to stimulate the economy. Under QE, the central banks buy government bonds when interest rates are either at or close to 0 percent. This is meant to increase liquidity, but at the risk of causing inflation. During inflation, prices of goods and services could increase significantly, which in turn causes a currency to lose value.

The ECB is in form similar to the U.S. Federal Reserve System, but is also responsible for functions filled by the U.S. Treasury, such as printing money. However, the ECB has many masters, and for printing money, it would need the approval of all 27 of its members.

“The two largest interventions were the ECB’s LTRO 1 and LTRO 2, which saw the ECB handing out $645 billion and $712 billion to 523 and 800 banks respectively,” according to Phoenix Capital Research.

The outcome was different than envisioned by the ECB. The banks admitted to being undercapitalized, and according to Phoenix Capital Research, due to the ECB’s move, “the markets have stigmatized those banks that participated in the schemes, thereby: 1) Diminishing the impact of the ECB’s moves [and] 2) Indicating that the ECB is now politically toxic in that those EU financial institutions that rely on it for help are punished by the markets.”

The ECB used up most of its liquidity after having expended $1.36 trillion for LTRO1 and LTRO 2. Economist and market experts suggest that the ECB’s solvency is at issue at this time.

A Phoenix Capital Research investors advisory suggests that others can’t intervene for many reasons. The U.S. Federal Reserve’s most prominent reason is that this is an election year.

The International Monetary Fund (IMF) has its own problems. The United States provides the most funds to the IMF, and this being an election year, funds will be hard to come by.

Germany is no longer willing nor does it have the funds to grease the coffers of nations living beyond their means. Germany is already on the hook for about $1 trillion, as the ECB, in case of losses under the two LTROs, can roll the losses over to the German Central Bank.

“To many observers, the EZ [eurozone] debt crisis is in its most dangerous phase,” according to a May 24 Seeking Alpha article.

An article on the Phoenix Capital website stated the obvious more clearly: “The European banking system is over $46 trillion in size. That’s nearly 3 times the EU’s entire GDP. … Our [U.S.] banks are a housecat next to the EU lion. This means we cannot bail out the Europeans. It’s impossible to rescue something almost 4 times your own size. Especially when you’re already on life support after 2008.”