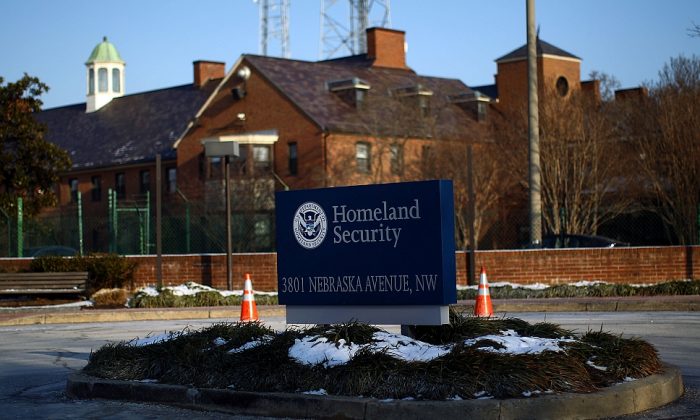 The Department of Homeland Security main complex in Washington, D.C., on Jan. 8, 2010. (Win McNamee/Getty Images)
US

A frank report on the Department of Homeland Security by outgoing Sen. Tom Coburn (R—Okla.) enumerated a host of chronic problems within the agency, including billions in wasteful subsidies and grants, lax cybersecurity, and failing to secure the country’s borders.

“Ten years of oversight of the Department of Homeland Security finds that the department still has a lot of work to do to strengthen our nation’s security,” he said in a statement. “Congress needs to review the department’s mission and programs and refocus DHS on national priorities where DHS has a lead responsibility.”

The 162-page report serves as Coburn’s final statement on the DHS as he finishes a 10-year term as a member of the Senate’s Homeland Security and Governmental Affairs Committee.

He released the report on his last day in the Senate. He had announced his retirement last January. He said at the time it was not because he was battling cancer, but because he was committed to only serving two terms.

The report details widespread failure to track the spending of federal subsidies set aside for counterterrorism and disaster aid. For example, in one instance, the DHS set aside $500 million to secure chemical facilities at risk for terrorist attacks, but after seven years only 1 percent of the facilities had been inspected, according to the report. Since 2003, the DHS has doled out $38 billion in similar grants.

Some municipal governments misused the grants, according to the report. It gives the example of Tulsa, Okla., using its Urban Areas Security Initiative funds to buy a color printer, and Columbus, Ohio, using DHS funds to buy an underwater robot.

The report also questions the results of the $700 million the agency spends annually on cybersecurity. Audits found that the DHS’s “own offices and employees do not always comply with federal rules and policies for agency cybersecurity.”

The United States has been the subject of repeated cyberattacks in the past few years. The U.S. Army Corps of Engineers lost sensitive information on 85,000 dams in 2013, and the Nuclear Regulatory Commission lost information on nuclear plants the following year. The report notes that government-wide spending on cybersecurity totaled $65 billion, and raised the question of whether it could be better spent if not diverted to so many different organizations.

“The Department has struggled with administering the nation’s immigration system, including vetting, processing, and tracking immigration benefits for noncitizens,” the report reads.

“Historically, DHS has not been forthcoming or transparent in its reporting of border security statistics, hindering both policymakers’ and the public’s ability to carefully study data and understand potential trends,” the report reads.

The report also noted that the DHS’s reported border security effectiveness rating of 80 percent is at odds with the analysis of independent observers like the Council of Foreign Relations, which found a much lower rating of 40 to 45 percent.

Moreover, Coburn faults the agency for not forming any sort of department-wide border security strategy until 2014, after failing to provide the oversight committee any plans throughout the previous year.

The report also highlighted that around 700 miles of the southern border with Mexico are not secure, and that Customs and Border Protection have not used their resources to control those areas.

The report made a series of issue-specific recommendations such as streamlining federal emergency-relief programs and devoting more resources to secure the border, but placed the principal blame of the DHS’s failures on Congress.

The most important task was to reform “Congress’s dysfunctional approach to overseeing the department and setting its priorities, including overcoming the political and parochial interests that too often shape our programs,” the report concluded.