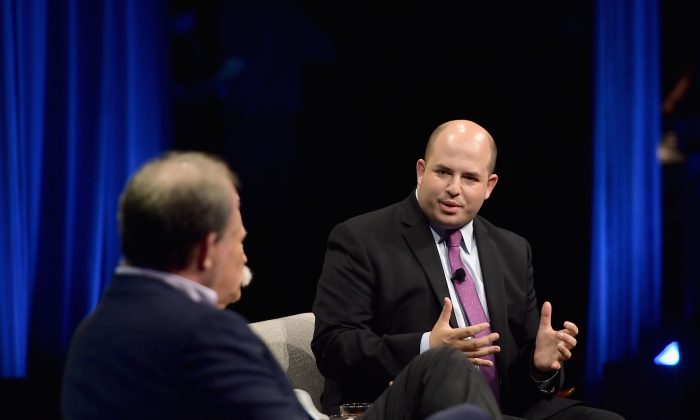 An outgoing, longtime CNN executive said Sunday that the network’s weekly media program, “Reliable Sources,” has not offered a diversity of viewpoints by not allowing conservatives to go on the show.

Rick Davis, CNN’s vice president of standards and practices, went on the Brian Stelter-hosted program to discuss his retirement after spending decades in the media business before calling on Stelter to host right-leaning voices.

“I think you need to strive to have more voices on the show from right of center,” Davis said.

“Responsible voices from right of center on the show,” Davis said, before adding that “occasionally, when you can, you want to have some newsmakers on who can express to you how they feel about the media, particularly if they feel like the media got it wrong.”

Stelter did not answer Davis’ remarks and instead praised his lengthy career in media.

On the program over the past several years, Stelter has frequently criticized conservative media outlets as well as President Donald Trump.

During the same episode on Sunday, he advocated that Big Tech firms limit the reach of “information pollution,” taking issue with Fox News’ Tucker Carlson and Sean Hannity, drawing backlash from conservatives, who said his suggestion is tantamount to censorship.

“How can that harm be reduced? Well, Big Tech platforms say they are removing lies about vaccines and stamping out stop the steal B.S. and QAnon cult content. Do these private companies have too much power? Many people would say sure,” Stelter said Sunday. “Reducing a liar’s reach is not the same as censoring freedom of speech. Freedom of speech is different than freedom of reach.”

The Epoch Times has reached out to CNN for comment about Davis’s comments.