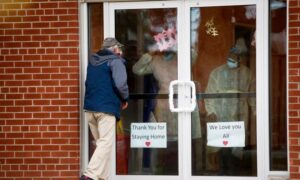 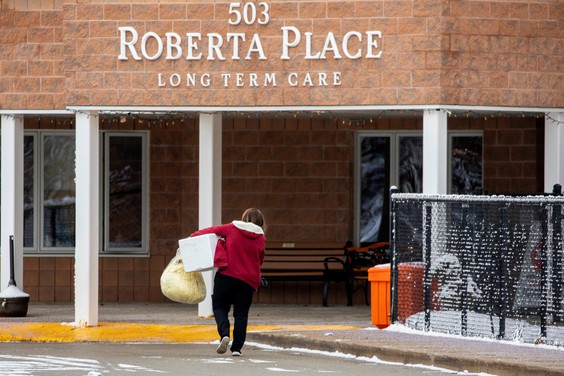 A woman carries items into Roberta Place, a long-term care facility which is the site of a COVID-19 outbreak, in Barrie, Ont., on Jan. 18, 2021. (Carlos Osorio/Reuters)
Canada

BARRIE, Ont.—A long-term care home in Barrie, Ont., says a COVID-19 outbreak that killed 70 of its residents has been declared over.

The outbreak, which involved cases of the COVID-19 variant first detected in the U.K., sickened more than 200 people at the home.

It was first declared on Jan. 8.

The Simcoe Muskoka District Health Unit, which Barrie is part of, is among 27 units in Ontario that were allowed to loosen pandemic measures on Tuesday.

It re-entered the province’s framework in the red category—the second-most strict level, along with several other communities.