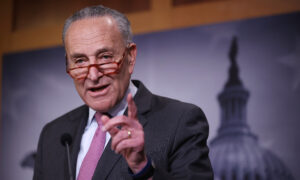 Former Roger Stone Prosecutor to Say Sentencing Instructions Was Based on 'Political Considerations'; DOJ Pushes Back
0 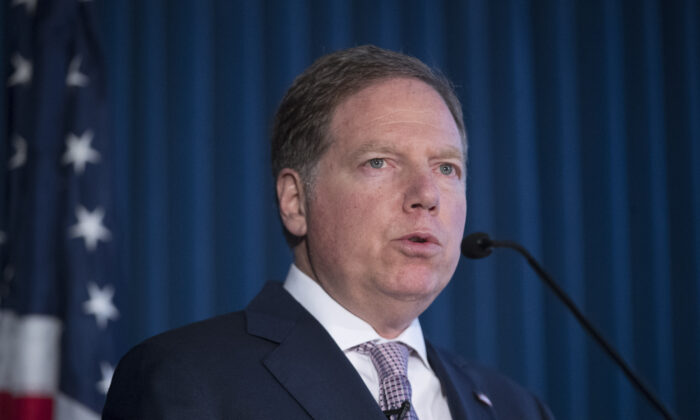 The former federal prosecutor who refused to step down from his role after being replaced told lawmakers that Attorney General William Barr repeatedly pressured him to voluntarily resign from his role before he was eventually fired from the job.

Geoffrey Berman, the former U.S. Attorney for Southern District of New York, testified before the House Judiciary Committee in a closed-door hearing on Thursday. In a prepared statement (pdf) provided by Berman to lawmakers, the ousted prosecutor recounted how Barr repeatedly attempted to urge him to step down in order to make way for Jay Clayton, who is currently the Chairman of the Securities and Exchange Commission, to ascend to the position.

Berman said on June 19 he was summoned to Pierre Hotel in New York for a discussion with Barr. During the 45 minutes, Berman said he repeatedly rebuffed Barr’s attempts to change his mind about resigning by offering him other positions in the federal government, including the head of the Justice Department’s Civil Division and the chairmanship of the Securities and Exchange Commission.

“I said that there was no job offer that would entice me to resign from my position,” Berman told lawmakers, according to the statement.

He said he resisted the attorney general’s attempts because “there were important investigations in the office that I wanted to see through to completion.”

At the time, Berman was leading the prosecution against sex offender Jeffrey Epstein, before Epstein committed suicide in jail. He was also probing several people who were once close to Trump, including Michael Cohen, Trump’s former lawyer, and Rudy Giuliani, the president’s current lawyer.

Berman said during that meeting, Barr had warned that if he did not resign from his position, he would be fired. Barr added “that getting fired from my job would not be good for my resume or future job prospects,” Berman said in his statement.

The former attorney said following the meeting he consulted his personal attorneys in the event that he was fired from his post, saying that he was prepared to challenge his dismissal.

Berman was eventually removed from his post the next day following a public clash with Barr. The attorney said that he learned about his resignation from an announcement on the evening of June 19. Berman responded to the announcement in a statement saying that he had no intention of leaving his position until “a presidentially appointed nominee is confirmed by the Senate.”

Barr then sent a letter to Berman the next day saying that he was “surprised” and “disappointed” by Berman’s statement and that he had asked the president to fire Berman. He also said in the letter that Deputy U.S. Attorney Audrey Straus will take over the job until a permanent successor is in place.

“With that concession, and having full confidence that Audrey would continue the important work of the Office, I decided to step down and not litigate my removal,” Berman said in his statement to the committee.

The Epoch Times reached out to the Justice Department for comment on Berman’s statement.

Rep. Jerry Nadler (D-N.Y.), chairman of the Judiciary Committee, told reporters following the hearing that he was unsure whether the attorney general’s conduct was criminal but he felt that his actions were “awfully close to bribery.”

Barr faced intense scrutiny by Democrat lawmakers following Berman’s dismissal, which also prompted suggestions that House Democrats were considering initiating an impeachment inquiry against the attorney general. The attorney general is scheduled to appear before the House Judiciary Committee on July 28 to testify over a range of issues including the firing of Berman.

The attorney general had previously defended his decision to dismiss Berman from his role, saying that it was simply a “personnel action.”

“The president had never made an appointment to that office. Geoffrey Berman was interim. He was appointed by the court as a temporary U.S. attorney holding the fort. He was living on borrowed time from the beginning. And when a really strong, powerful candidate raised his hand, that is Jay Clayton, currently the chairman of the S.E.C., a prominent New York lawyer from Sullivan and Cromwell, very well-known and highly regarded, an independent, and he said that he was prepared to leave the government, was going back up, wanted to go back up to New York but very much would desire this job, I view that as an opportunity to put in a very strong person as a presidential appointment to that office,” Barr told NPR in an interview in June.

Barr added that when making the decision he was aware that some might find the move inappropriate but he felt that it “was actually a good time to do it because I was not aware of anything that” would suggest there would be an ulterior motive behind the move.

Berman said in his statement that he told Barr that he “knew and liked Jay Clayton” but he felt that Clayton was “an unqualified choice for U.S. Attorney for the Southern District of New York because he was never an AUSA and had no criminal experience.”