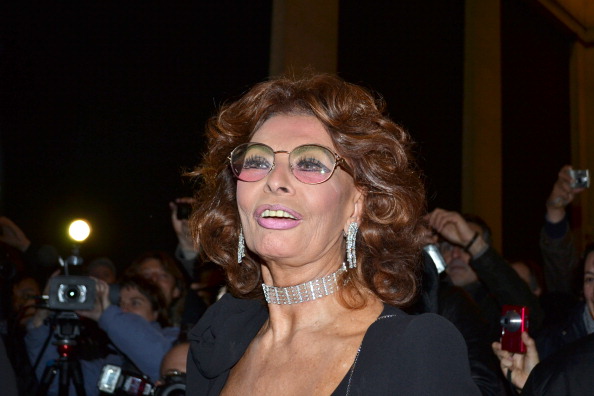 A court ruling in Italy this week has put an end to a 39-year legal dispute between Oscar-winning film star Sophia Loren and Italian tax authorities, Italian media reported on Thursday.

The 79-year-old Loren, who lives in Switzerland, was quoted as saying she was happy with a ruling by the supreme court that said her 1974 tax return was indeed covered by a 1982 tax amnesty.

“A saga that has lasted nearly 40 years is finally over,” Loren was quoted by the La Stampa daily as saying, adding: “I always look to the future and I leave bad experiences like this one behind me.” …

A town in Norway will next week begin beaming light down into its central square from giant mirrors placed on a surrounding mountainside, bringing winter sun for the first time in its 100-year history.

Rjukan, a town of 3,500 people situated 100 miles west of Oslo, is nestled so deep in a west-facing valley that it is completely cut off from sunlight for six months of the year.

Now it’s central square will be bathed in a 500 square metre patch of light for as long as the sun shines on the hills above.

“The idea was just to make a place in Rjukan where people will come to have a bit of sun. It’s for the pale little children of Rjukan,” Martin Andersen, the local artist who campaigned for the project told The Local. ” …

Korea: UNESCO most likely to list kimchi as cultural heritage

Kimchi, a spicy fermented cabbage side dish iconic of Korean food, is most likely to make it to UNESCO’s list of cultural heritage, the government said Wednesday.

The body that deliberates on new additions has categorized South Korea’s “Kimjang; Making and Sharing Kimchi” as recommended for inscription, according to the Cultural Heritage Administration.

The final decision is due in December when UNESCO’s intergovernmental committee meets in Azerbaijan.

The subsidiary body that makes preliminary deliberations for the December meeting said kimjang, the process of making kimchi, has served to nurture identity, solidarity and the spirit of sharing through generations. …

NEW DELHI: Policemen patrolling the streets of Delhi are being provided with mosquito-repellant creams and coils to keep diseases like malaria and dengue at bay. Sources say that with the spurt in the number of dengue cases this year, the police department has ordered over 3,000 tubes of mosquito repellant cream and coils for its personnel. …

The accused duo were found not guilty and told they were free to go after police and the central bank confirmed that the kroner, which amounted to 32,765 euros, was not fake.

Danish police arrested the Chinese pair, a 28-year-old woman and a 26-year-old man, at the end of August, charging them with being in possession of fake Danish kroner.

Iconic French comic book hero Asterix made his long-awaited return on Thursday with “Asterix and the Picts”, the first new volume in eight years. The 35th installment of the series started in 1959 takes Asterix and Obelix on an adventure in ancient Scotland, of all places.

Five million copies of “Asterix and the Picts” – the 35th installment in a series that has become a publishing juggernaut – were released on Thursday in 15 countries and 23 languages, after months of anticipation.

The Gallic duo’s latest adventures take them for the first time to ancient Scotland, with the new edition’s cover depicting Obelix in full caber toss as a winking Asterix sits nearby.

Two million copies were printed for France and another three million for foreign audiences, including copies in Scots Gaelic. …

A US World War Two bomb has shut down the centre of Magdeburg and forced 10,000 people to leave their homes after being discovered near the city’s train station on Wednesday.

A bomb disposal team found the half-tonne bomb while carrying out checks at a building site at Damaschkeplatz square.

City authorities then announced they would carry out a controlled explosion on Thursday evening and ordered thousands of people in the surrounding area to leave their homes. …