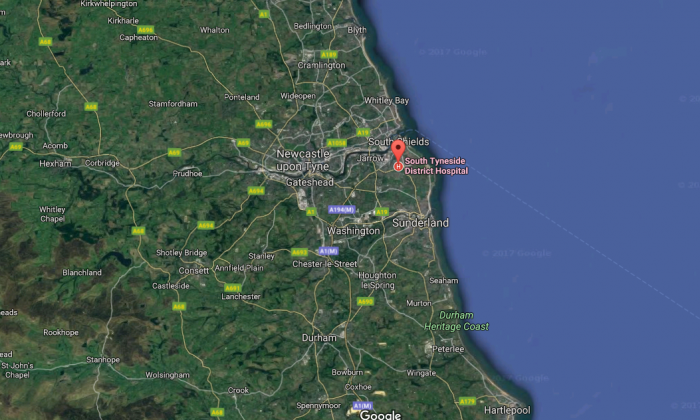 ‘Our Whole World Has Just Caved In’: School Boy, 10, Dies Suddenly After Complaining of Chest Pains

Tributes have poured in for 10-year-old Jak Fada who suddenly died, just hours after complaining of chest pains.

The schoolboy from Newcastle, who was “mad about football” died from a ruptured artery.

It was a double tragedy for the family, with Jak dying just 22 hours after his great-grandfather, James Tomlin.

Jak’s mother, Ashley Tomlin opened up to the Newcastle Chronicle and explained how the family had initially thought the chest pains were linked to the loss of his great-grandfather.

“In 22 hours, everything has been taken away from us. Our whole world has just caved in,” she said.

“Jak just had an infectious smile that lit up the room and was the centre of everyone’s universe. From the moment he could walk he would be kicking a ball. He was just a mummy’s boy.”

The devastated mother added, “It’s ironic it was his heart because Jak had the biggest heart. He has given me the best 10 years of my life.”

The Westoe Crown Primary School pupil died on Nov. 6 at South Tyneside District Hospital, according to The Sun.

A funeral service was held at the home of his favourite team, South Shields Football Club on Wednesday Nov. 15. He arrived in a horse-drawn carriage and his coffin was carried to the emotional song “Arms of An Angel”, the Shields Gazette reported. Headteacher Steve Price said Jak was a “precious gem.”

The football club said that a minute’s silence will be held in memory of Jak before the first home game on Saturday, Nov. 18.

The thoughts of everyone at South Shields FC are with the family and friends of Jak Fada today.#RIPJak pic.twitter.com/cLUew6WHvV

'We have lost one of our precious gems': School's tribute to tragic Jak Fada. https://t.co/ZrYBixKemj pic.twitter.com/mXpk5aC4iw

The schoolboy who played goalkeeper for his school team was known as “captain” by his teammates.

Friends and family will release balloons in his memory, and he is to be taken to his final resting place, at Harton Cemetery.

His mother, Ashley told the Newcastle Chronicle, “It’s absolutely heartbreaking—the whole town has come to a standstill and I can’t thank everybody enough for their support, they’ve been amazing.”