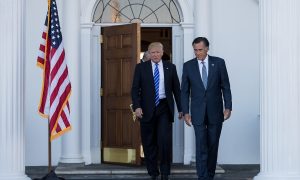 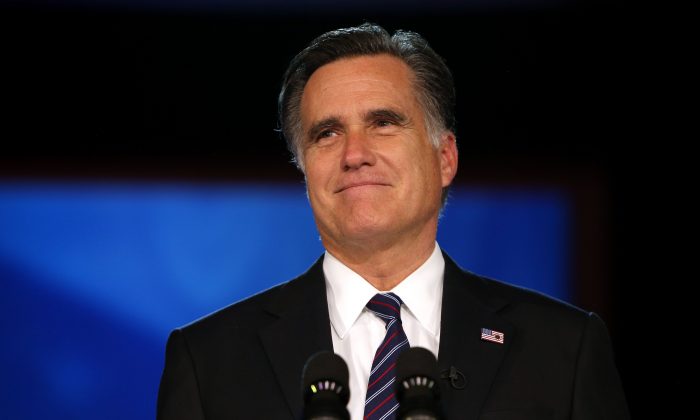 It’s no coincidence that the top Republican losers in 2012 and 2016 have found their inner progressive and denounced President Donald Trump and Trumpism as the very wrong kind of identity politics.

In their respective statements in The Washington Post and USA Today, Mitt Romney and John Kasich summon the fervent solemnity we find in social-justice warriors who abhor bigotry and gush over the sight of women and minorities in seats of power.

Romney declares that he shall “speak out against significant statements or actions that are divisive, racist, sexist, anti-immigrant, dishonest, or destructive to democratic institutions.”

The Wall Street Journal columnist Dan Henninger called that line “a kitchen sink of anti-Trump buzzwords,” and an “explicit pander to the prevailing political zeitgeist.”

Kasich invokes a different progressive talking point, one that putatively gives historical inevitability to America’s slide to the Left: “The complexion and complexities of our demographics have shifted.” That is, we have relatively fewer white people, and fewer men in high positions. The Republican Party, Kasich continues, is “threatened by the new diversity of voices that have joined the public chorus,” but Kasich celebrates it. This new Congress, he enthuses, is “a more energetic, diverse, and self-assured group than those chambers have seen before.”

Liberals and Leftists love these kinds of professions when they issue from the mouths of Republican leaders. Maybe Sen. Romney (R-Utah) and former Gov. Kasich (R-Ohio) think that’s a good thing, or they trust their advisers who have told them it will help. But if they believe that the editors of the Post and USA Today, not to mention the Democratic Party, approve because of the content of their statements, they are ridiculously naive.

When a conservative adopts the language of liberalism, when he chooses terms that the Left has used as hammers against the Right (racism, sexism), or when he extols a term that the Left has erected as its banner (diversity), they don’t proceed to love him. They don’t rejoice in a reformed sinner. No, they smile because they sense that the other side has feeble generals. They smell weakness.

You have to wonder. Liberals wield diversity as if it were a call to universal respect and equal opportunity. Conservatives should have awakened by now to its actual purpose, which is to play identity politics in hiring, admissions, contracts, casting, awards, and honors. Diversity is social engineering by another name. It doesn’t aim for a happy polity of multi-racial, multi-gender, multicultural representation. It builds group resentments.

Diversity is a power play.

Racism and sexism are, too. Liberals toss them at conservatives all the time, but they don’t define them—which is what makes the charge so effective. It’s a label, not a description. It has smear power. When a conservative faces the accusation, he can only say, “No, I’m not a racist,” and that convinces nobody. The second you play the game, you lose.

But Romney accepts the whole thing. A good conservative wouldn’t say that he opposes racism and sexism. That puts him forever on the defensive. He should make his adversaries defend themselves, not answer their slurs. That only reinforces political correctness.

The irony here is that Romney and Kasich haven’t learned the lesson of Donald Trump’s triumph. The president understood that -ism language and diversity talk are losers for Republicans. When he announced, “I’m so tired of this politically correct crap” at a campaign stop in South Carolina in September 2015, people cheered. It was exhilarating.

Now, in these statements, Romney and Kasich come off as scolds. We get enough of that from our liberal fellow Americans.