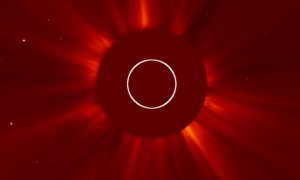 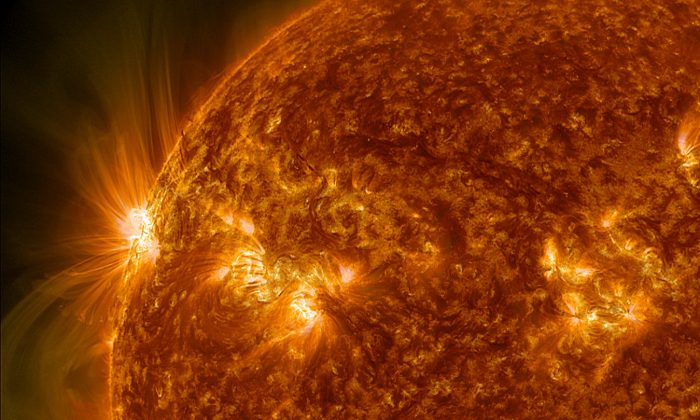 When a space hurricane was unleashed from the sun on Jan. 7, 2014, space-weather centers around the world sent out warnings. The hurricane was heading directly for Earth and was predicted to produce a strong geomagnetic storm. But then an unexpected thing happened: the storm bypassed Earth and headed for Mars instead. It confirmed that our techniques for predicting such events are not as accurate as we would like. I am one of the co-authors of a new paper that provides an insight into why the predictions were wrong and what we can do about this in future.

Space storms are a regular part of our sun’s activity. These so-called coronal mass ejections are a byproduct of dramatic events called solar flares. They happen in active regions of the sun where a great amount of energy is built up in the form of a tangled magnetic field. This acts like a rubber band that has been twisted too far, snapping as it releases its stored energy.

The geomagnetic storms that occur when these ejections hit Earth can have dramatic consequences. Beautiful auroras in the night sky might be sights to behold, but equally GPS and telecommunication systems that rely on satellites can be disrupted, while radio blackouts can make it necessary to reroute air travel. In the worst scenarios, there can be strong surges of electrical currents that cannot be supported by national electric grids. This can lead to major power outages, such as the one experienced by Montreal and the Quebec region in Canada in March 1989.

The progress of the January 2014 solar flare in the sun’s atmosphere was monitored by the Solar Dynamics Observatory, a NASA mission launched in 2010 dedicated to our hosting star. Our research team, which was lead by Dr. Christian Möstl from the Austrian Academy of Sciences, analyzed the regions surrounding the storm’s original location on the sun.

We found that the area surrounding it on one side was another intensely active region with a strong magnetic field, while the other side was occupied by a weak magnetic field called a “coronal hole.” The team concluded that the former strong field pushed the erupting storm away, channeling it into the weak field path and away from its original route.

The Flare Behind the Storm

Once the storm was on its way out into space, it was then recorded by several space probes, including the Advanced Composition Explorer in Earth’s orbit and the Curiosity Rover on Mars. In particular, the Martian robot reported a decrease in the cosmic rays in its vicinity, the so-called Forbush effect. This phenomenon takes place when the magnetic field of the solar cloud deflects the energetic particles, originating from outer space, which constantly bombard a planet.

This data helped our team build a model to reproduce the evolution of the solar cloud in space, and hence its arrival times, both at Earth and at the red planet. This should improve the models that scientists use for making real-time forecasts of space weather, such as those used by the U.K. MET Office space weather prediction center, which opened in October 2014.

In short, we reached two conclusions. For accurate forecasts, we will have to monitor the surroundings of the point of origin of the solar activity in future, since these appear to strongly dictate how coronal mass ejections develop. This will ultimately tell us whether a coronal mass ejection will hit the Earth, at which angle, and with what intensity.

Second, it is highly important that we continue to improve our models for describing how solar storms evolve once they leave the sun. This is what allows us to predict their arrival times to Earth, enabling national authorities to prepare for their consequences as accurately as possible. To do this, much more research is still required into areas such as the mechanisms underlying the ejection of solar storms, how they evolve in space and how they interact with a planet’s natural magnetic shields. That is a key challenge for my field in the coming months and years.

Miho Janvier is a lecturer in mathematics at the University of Dundee, in the U.K. This article was previously published on TheConversation.com.