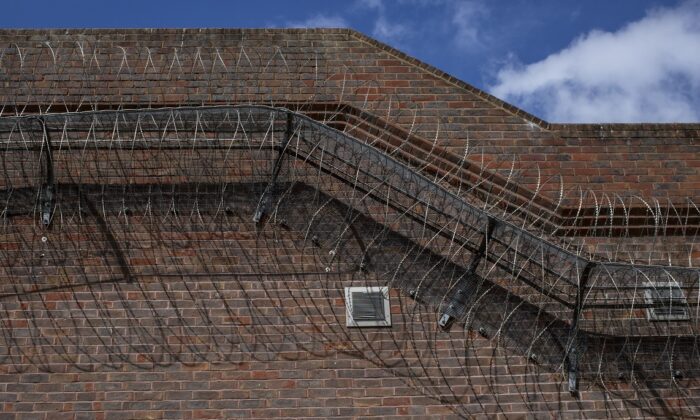 Our Leniency, and the Necessity of Punishing Crime

A few years ago, an eminent British criminologist said, or admitted, that criminology was a century-old conspiracy to deny that punishment had any effect whatever on criminal behavior.

And certainly, no intellectual ever earned kudos from his peers by arguing that punishment was necessary, let alone that current punishments were too lenient. In general, the more lenient he was in theory, and the more willing to forgive wrongs done to others, the better person he was thought by his peers to be.

In a way, this was understandable. The history of punishment is so sown with sadism and cruelty that it is hardly surprising that decent people don’t want to be associated with it.

Often, horrific punishments were carried out in public, half as deterrence and half as entertainment. Clearly, they failed to result in a law-abiding society, from which it was concluded that what counted in the deterrence of crime was not severity of punishment but the swiftness and certainty of detection.

While the latter are important, however, they are obviously not sufficient. It is not the prospect of detection that causes people to refrain from parking in prohibited places, but that of the fine after detection.

This is so obvious that it would not be worth mentioning, had not so much intellectual effort gone into the denial of the efficacy of punishment as such. Despite this effort, I doubt whether anyone, in his innermost being, has ever really doubted the efficacy of, or necessity for, punishment.

In Britain, leniency has co-existed with a very large prison population. This is not as contradictory as it sounds: for the fact is that something must eventually be done with repeat offenders, who do not take previous leniency as a sign of mercy and an invitation to reform but as a sign of weakness and an invitation to recidivism. Instead of nipping growth in the bud, the British system fertilises the plant.

The effectiveness of punishment has recently been implicitly recognized in what is called Harper’s Law. Harper was a young policeman who was dragged to his horrible death by three young thieves who were escaping in a car. The leniency of their sentences—they will be released by the age of thirty—horrified the public. The Attorney General appealed to have their sentences lengthened, but lost the appeal.

Harper’s widow began a campaign for increased severity towards those who killed policemen, firemen, or workers in hospital. Supporting the bill, the minister with responsibility for criminal justice policy said that these public servants needed and deserved extra protection, for they faced danger every day. From the passage of the law onwards, there would be a mandatory life sentence for those who offended in this way.

Leaving aside the question as to whether the killing of certain people should be considered more heinous in the eyes of the law than the killing of others, which would appear to place a dangerously different valuation on human lives according to occupation, the minister’s words implied that increased severity of sentence would act as a deterrent to the killing of policemen, firemen, and so on.

In which case, the question has to be asked why it was not applied to killing across the board, the killing of anyone, unless the minister believed an evident absurdity, namely that potential killers of policemen, firemen, and so on were uniquely susceptible to deterrence by increased severity of punishment. Sometimes it appears that we are ruled by idiots.

However, the new law is all smoke and mirrors in any case, a typical example of the propensity of government to deceive the people into believing that it is being firm, when it knows perfectly well that it is being weak. All is presentation, nothing is substance.

In Britain (or more accurately, England and Wales, for Scotland has its own laws), a life sentence does not mean that a person goes to prison for the rest of his life. On sentencing someone to life imprisonment, the judge sets what is known as a tariff, the number of years he must serve before he can be considered for release.

This system is against the rule of law, because whether or not the prisoner is released depends on the assessment of what supposed experts think he will or might do in the future. Thus, he is extended mercy or subjected to continued punishment not according to what, beyond reasonable doubt, he has done, but according to inherently doubtful speculations about his future conduct.

In only one sense is the sentence lifelong: the person thus sentenced can be recalled to prison at any time if he is deemed by officialdom to be behaving badly. This again is not only arbitrary, but frequently inefficacious: for the fact is that supervision is often lax and would probably be intolerable if it were anything else. It is, besides, intrinsically absurd, inasmuch as it doesn’t take long to kill someone.

In fact, Harper’s Law, so-called, is perfectly compatible with greater leniency as well as with greater severity. Under the new law, the judge could have sentenced the killers to a lesser number of years’ imprisonment than they actually received under the old. He might not have done so, but he might: there is no automatic increased severity, though the impression has been given to the public that there is.

Deception of this kind is now standard practice: the appearance of severity is followed by the practice of leniency. There are exceptions to this practice. Punishments for certain kinds of insult expressed in public are now punished with increasing severity, but crimes such as burglary, robbery, and assault, are often treated leniently. It is easier to find people in prison with forty convictions than for only one, and since each conviction usually represents several offences at least, the overall leniency of the system is clear.

In a strange way, however, this is a cause for optimism. If the enforcement of the law is so lax, the question becomes not why there is so much crime, but why there is so little, why in fact we are not victimized by criminals every day.

The answer must be that most people are law-abiding, and need no strong deterrent to refrain from, say, burgling their neighbour’s house. Alas, some people do require it.