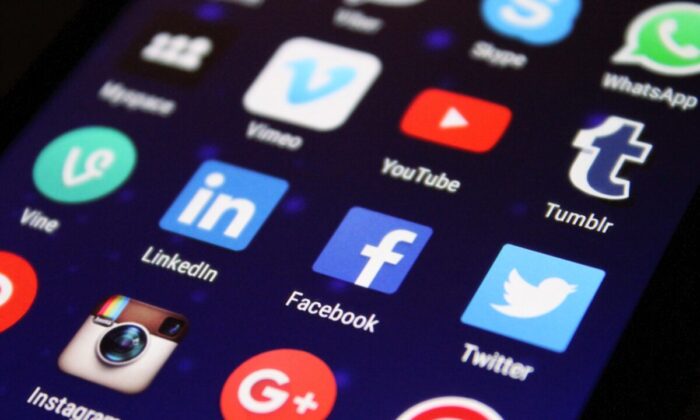 What's needed is legislation that establishes a regime of responsibility for social media companies, ex-executives say
By Isaac Teo

Any attempts to regulate the internet should steer clear of trying to manage what people have to say, for at best it leads to a quagmire of legal wrangling, while at worst it leads to suppression of free speech by the government, say former executives of the Canadian Radio-television and Telecommunications Commission (CRTC).

“Early efforts in Canada to create federal regulatory frameworks for the internet, such as Bill C-10 and the ‘online harms’ proposals, were oblivious to this reality and widely panned as a result,” said Konrad von Finckenstein and Peter Menzies, former CRTC chair and vice-chair respectively, in a recent paper on how to address online harms while still protecting free speech.

“The defence of a charter right should not be controversial. And it is our view that the government is misguided in articulating its solution to preventing ‘online harms’ … when the real issue, beyond matters already covered by the Criminal Code, is the concept of social media responsibility.”

In November 2020, then-Heritage Minister Steven Guilbeault introduced Bill C-10, which sought to bring internet content providers under the regulation of the CRTC. It became more controversial after a section that exempted user-generated content from regulation was removed in April 2021, and critics warned that content posted on social media platforms such as YouTube and Facebook would be subjected to federal regulation.

The bill passed the House of Commons, but was put on hold by the Senate in late June 2021 and then died when Prime Minister Justin Trudeau called an election last August.

Pablo Rodriguez, who took the helm as heritage minister in the new Parliament, introduced Bill C-11, which is similar to Bill C-10 in many respects. The new bill seeks to give the CRTC a mandate to regulate the internet and impose on it a progressive framework, which some critics say will amount to censorship.

Rodriguez also brought forward Bill C-18 with an intent to increase governmental oversight and steering of online content and activities, as well as a third bill to curtail “online harms” by regulating speech.

Specifically, the five types of harmful content proposed to be targeted are terrorist content, content that incites violence, hate speech, the non-consensual sharing of intimate images, and child sexual exploitation content. On March 30, the government announced the creation of an expert panel that will advise on how to craft the bill.

‘No Guidance or Overall Concept’

Speaking at a webinar on April 5, von Finckenstein said he couldn’t comprehend the approach taken by the federal government given that it’s now the internet age and Canada should be maximizing its potential—albeit with some “dark sides” that can be remedied using a more balanced approach.

“I don’t understand this. There seems to be no guidance or no overall concept,” the senior fellow at the C.D. Howe Institute said.

Von Finckenstein noted that free speech is a “key ingredient” for innovation, and any regulations to the internet must be rolled out with much respect given to the charter.

Menzies cautioned that while disinformation can spread on the internet very rapidly, so can the countermeasures. He argued that it is a challenge for everyone, including politicians, to determine what is and is not disinformation.

“I mean, politicians themselves are a pretty good source of disinformation from time to time. What somebody else said and what somebody else didn’t do, and it’s kind of funny to listen to them talk about ‘Oh, my goodness, there’s disinformation going on up there,’” said Menzies, a senior fellow with the Macdonald-Laurier Institute.

Both stressed that in order to protect the freedom of speech while addressing “online harms,” a better approach would be to develop a Social Media Responsibility Act, which would clarify that users on various platforms are responsible for their own speech, while also compelling major social media players to set up and impartially implement a code of conduct on its users.

“The only thing the regulator is going to prosecute is the companies for not being in compliance with their own code,” said Menzies.

Moderator Aaron Wudrick seconded Menzies’s view, saying it is important to distinguish the government policing the content on the platforms versus policing the code the social media companies adhere to.

The regulator, they argued, should not be the CRTC, which is ingrained in its “cultural heritage,” dealing with traditional media issues.

“People have to get their heads around the fact that the internet is an entirely new technology. It requires an entirely different frame of reference,” Menzies said.

“There is no way the CRTC could do this without considerable institutional reform.”

The CRTC supervises and regulates over 2,000 broadcasters, including TV and radio stations. It also regulates telecommunication carriers.

Von Finckenstein said the reason the CRTC can regulate the broadcasting sector is because of spectrum scarcity, which traditional media rely on to air their programs and to which the internet is not restricted.

“What framework are you going to force people to adapt? They don’t need your permission to go on the internet,” he said.

Menzies suggested the government has “boxed themselves in.”

“Free speech is pretty messy. The whole idea of free speech is that you have to tolerate a lot of stuff that you don’t like. But that’s because it protects you [to be able to say] what you think, which other people don’t like, and that transaction is to be spoken about more frequently.”