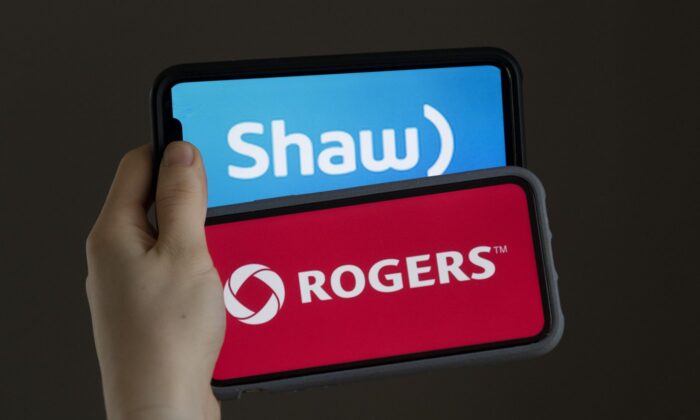 Federal Industry Minister François-Philippe Champagne said he shares many of the concerns expressed in recent months by Canadians about the proposed acquisition of Calgary-based Shaw by Toronto-based telecom giant Rogers, and will not allow Rogers to acquire all of Shaw’s wireless spectrum.

“I am strongly committed to our policies to promote competition and ensure cellphone affordability for Canadians,” Champagne said in a news release after markets closed.

“The wholesale transfer of Shaw’s wireless licences to Rogers is fundamentally incompatible with our government’s policies for spectrum and mobile service competition, and I will simply not permit it.”

The proposed Rogers-Shaw deal—which was announced in 2021—is currently under review by three federal regulators.

These include the Competition Bureau and the CRTC, two federal bodies that operate largely independent of the government; and spectrum regulator Innovation, Science and Economic Development Canada (ISED).

Thursday’s statement from Champagne, speaking for ISED, is the “most definitive to date” regarding his position on the proposed transaction, said RBC Capital Markets analyst Drew McReynolds in a note.

Still, McReynolds said it’s not unexpected, adding it’s always been likely that Rogers would be required to divest some or all of Shaw’s wireless assets in order to obtain full regulatory approval for the deal.

“Given a variety of both potential remedy partners (strategic and financial) and types of remedy packages, we continue to see a high probability of Rogers successfully consummating the Shaw transaction,” McReynolds said.

In a statement issued jointly by the two companies, Rogers and Shaw said they “continue to work constructively with the government and regulators to close this transaction and deliver the benefits of the merger to all Canadians.”

As part of the proposed transaction, the two companies have said Rogers will invest $2.5 billion in 5G networks across Western Canada.

Still, the proposed deal has faced stiff opposition from consumer groups, academics, customers and others since Rogers and Shaw announced their agreement.

National and regional carriers collectively spend billions of dollars at auction to obtain licences for the spectrum they use for wireless service.

Last summer, the federal government announced it had raised $8.9 billion in a licence auction for a key band of 5G wireless spectrum.

Canada’s Big Three wireless companies—Rogers, Bell and Telus—led the pack, grabbing hundreds of licences for the 3,500 MHz band of airwaves.

Freedom Mobile, a Shaw subsidiary and the country’s fourth-largest cell service provider, chose not to participate in the auction while the regulatory approval process for the Rogers-Shaw acquisition was underway.