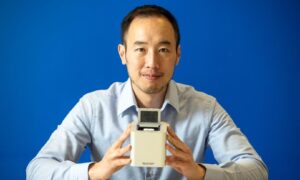 Health Canada Has Approved the Use of a Portable, Rapid-testing Device for COVID-19.
0 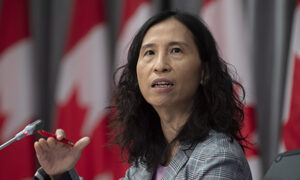 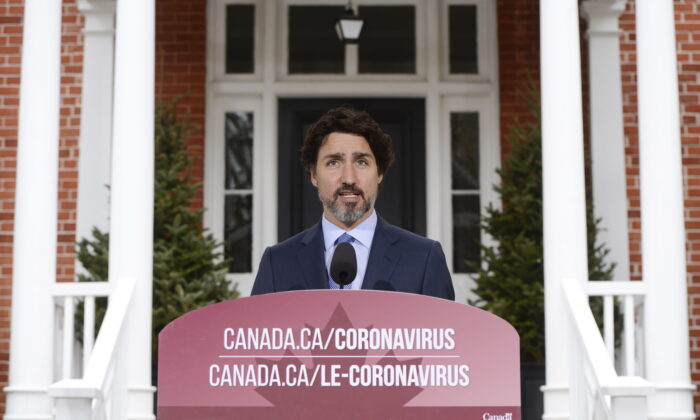 OTTAWA—Provinces looking to reopen their economies will need to scale up and co-ordinate testing and contact-tracing to contain future outbreaks of COVID-19, says Prime Minister Justin Trudeau.

During a call among Trudeau and provincial premiers Thursday evening, the premiers stressed the need for tracing that reaches beyond provincial boundaries as COVID-19 restrictions begin to be eased and people begin to travel more.

This will require collaboration among the provinces on how this work is done—efforts that Trudeau said Friday the federal government is prepared to help with.

“There will be more travel because of a reopened economy and we need to make sure we have coherence in our approach across the country on both testing and contact tracing, which is something we talked about a lot last night,” Trudeau said of the Thursday discussion.

But he said a national approach will require the provinces to be willing to work with Ottawa on a collective effort.

Canada’s chief public health officer Dr. Theresa Tam said in a news conference of her own that contact tracing is “one of the absolute cornerstones” of Canada’s public health strategy in managing the spread of the virus.

While this work is done at the local level, she said the federal government has offered support.

She also noted there have been increasing discussions about technological applications that could help.

“There are some jurisdictions that have begun to try some of this and are sharing some of the lessons,” she said.

South Korea has begun aggressively testing and tracing thousands of people who went to bars and nightclubs in Seoul after a cluster of new coronavirus cases emerged in its capital. Some of this tracing has involved contacting telecom companies to gain location information of people who were in those clubs to determine who might have been infected.

While Canada is looking to work with provinces and different organizations on a national approach to contact tracing, Innovation Minister Navdeep Bains said protecting Canadians’ privacy will be central.

“The architecture around privacy principles will be a key feature of any tool that we work with and move forward on,” he said.

“As we look at other jurisdictions, we want to be driven by a Canadian solution based on Canadian values and privacy will be front and centre.”

Earlier this month, Ontario Premier Doug Ford called for a national plan for contact tracing, noting that each province has been approaching this work differently.

“The federal government is offering to work very closely with the provinces on expanding massively both our testing and our contact-tracing and we certainly hope that the provinces will work with us on that because everywhere across the country, as we reopen, we need to be hyper-vigilant to possible resurgences of COVID-19,” Trudeau said.