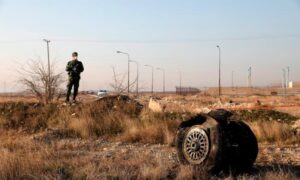 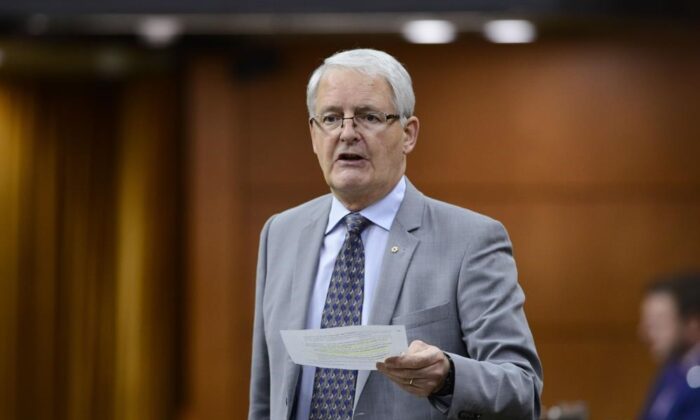 Transport Minister Marc Garneau stands during question period in the House of Commons on Parliament Hill amid the COVID-19 pandemic in Ottawa, on May 25, 2020. (The Canadian Press/Sean Kilpatrick)
Canada

OTTAWA—The federal government has named a legal expert as senior adviser to Global Affairs Canada on the shooting down of a passenger jet in Iran that killed 176 people.

The government says in a release that Payam Akhavan, Senior Fellow at Massey College and distinguished visiting professor at the University of Toronto, will provide advice on all matters pertaining to Ukraine International Airlines Flight PS752.

Fifty-five Canadian citizens and 30 permanent residents were among those killed when the jet was shot down by an Iranian surface-to-air missile minutes after taking off from Tehran on Jan. 8, 2020.

Akhavan was the first legal adviser to the Prosecutor’s Office of the International Criminal Tribunal for the Former Yugoslavia and also served with the UN in Bosnia, Cambodia, Guatemala, Rwanda and Timor Leste.

The government says Canada remains committed to pursuing transparency, accountability and justice for the victims of the tragedy, their grieving families and all Canadians.

“I am pleased to welcome Professor Akhavan to Global Affairs Canada,” Garneau said in a release late Friday.

“His wealth of knowledge and expertise will bolster the department’s ongoing efforts to hold Iran accountable for the downing of Flight PS752 and to pursue justice and transparency for the families.”

On Thursday, an Ontario court ruled that the Iranian military’s downing of the jet was an intentional act of terrorism.

The ruling by Ontario Superior Court Justice Edward Belobaba paves the way for relatives of those killed to seek compensation from the country.

He found on a balance of probabilities that the missiles that shot down the jet were fired deliberately at a time when there was no armed conflict in the area.

As a result, he found it constituted an act of terrorism that would invalidate Iran’s immunity against civil litigation.

While the State Immunity Act protects foreign states from legal claims, the Justice for Victims of Terrorism Act provides an exception in cases where the losses are caused by terrorist activity, the ruling said.

The lawsuit was filed last year by four people whose loved ones were killed in the attack.