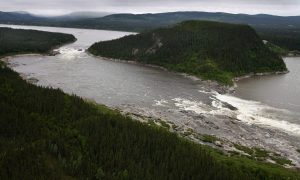 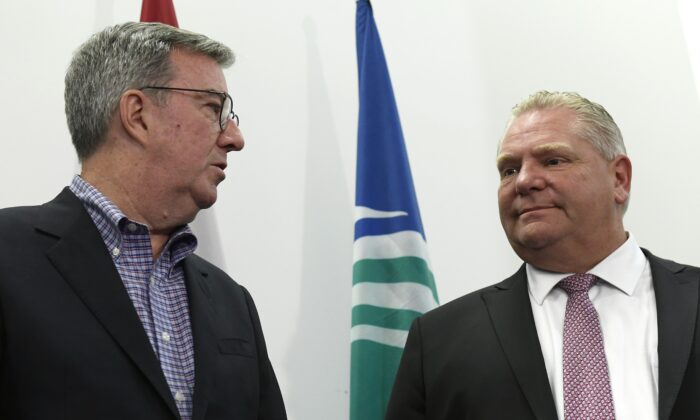 Ottawa Mayor Jim Watson said “there are simply no facts to support a lockdown in the city of Ottawa” for 28 days, a decision announced by Ontario Premier Doug Ford on Monday.

In a statement Monday, Watson said Ford’s decision has “completely blindsided Ottawa residents and small businesses, who have been diligently following the rules for months.”

Ford said the reason for a province-wide shutdown was due to an increase in daily COVID-19 cases that put the hospitals and longterm care homes in Ontario at risk, and so there is a need to curb the spread of the CCP (Chinese Communist Party) virus, which causes the COVID-19 disease. The provincial government also added that based on the latest modeling data, it is projected that there will be over 300 people in need of intensive care beds within the next 10 days.

Watson, however, does not agree with the Ford government.

“Ottawa registered 31 new cases of COVID-19 today, compared to 611 and 480 in Toronto and Peel, respectively,” Watson said. “Our positivity rate of COVID-19 tests is at 1.4 percent—among the lowest rates in the province—while Peel is at 8.1 percent and Toronto at 5.4 percent.”

“We have fewer than 20 COVID hospitalizations, and we have had no one in ICU for COVID in three days,” he added. “Our weekly incidence rate—which is the number of cases per 100,000 residents—stands at 27, while theirs is at 170 and 210.”

“Despite these stark differences between our regions, we are all being lumped in under the same measures—which is complete overshooting when it comes to Ottawa,” Watson said.

Ford’s lockdown measures mandate Southern Ontario—which Ottawa is part of—to shut down for 28 days whereas the north will go for two weeks, which Watson called a “double standard” as Ottawa has the best numbers of any large Canadian city, he said.

Dr. Vera Etches, Ottawa’s medical officer of health, said she isn’t in favor of the lockdown and doesn’t think it’s necessary at this time.

Meanwhile, Toronto Mayor John Tory backed Ford’s decision, saying on Monday that “this kind of hard lockdown is needed to stop the spread of COVID-19.”

The lockdown, Watson said, will have a “devastating impact” on Ottawa’s economy. He also questioned the provincial government on how they are going to maintain public confidence if the people in Ottawa, after complying with the public health guidelines for months, still come down to a lockdown.

“Businesses have played a key role in our fight against COVID-19, and once again, they are being treated like they’re a leading source of transmission—which they are not,” he said.

Watson called for the Ford government to reconsider the lockdown measures.