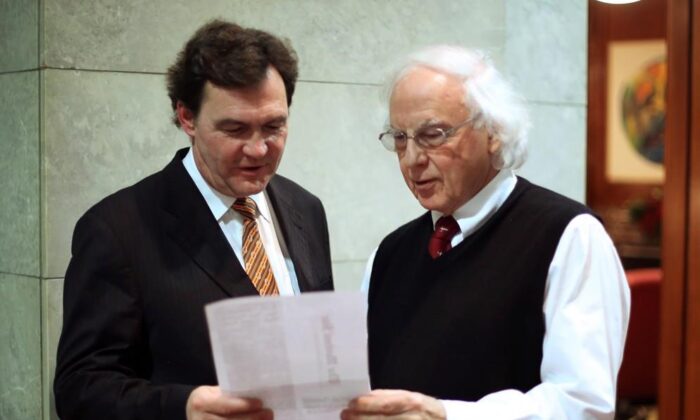 OTTAWA—Former Supreme Court justice Morris Fish has been tapped to lead an independent review of Canada’s military-justice system, which is struggling with a variety of challenges—including over its handling of sexual-assault cases and treatment of victims.

Defence Minister Harjit Sajjan announced Fish’s appointment on Monday as he launched the review, which is required by law about every 10 years to ensure the justice regime is meeting the needs of both Canada and the Canadian Armed Forces.

“Efforts have been underway for some time to prepare for the next independent review,” Sajjan said in a statement, adding Fish “will examine the military-justice system and provide recommendations on how we can continue to evolve the system so it reflects current Canadian values.”

The mandatory review comes at a critical time for the military-justice system, which has been embroiled in a number of battles in recent years amid questions and challenges to its legitimacy, credibility, and constitutionality.

The most recent example is the suspension of four courts martial, including one involving an officer accused of sexual assault, after three military judges raised concerns about an order last year from chief of the defence staff Gen. Jonathan Vance.

Vance’s order placed responsibility for disciplining military judges with another senior officer he appointed, which the judges said violated their own independence and thus undermined the accused service member’s right to a fair trial.

Vance suspended his order in September to prevent more cases from being affected, but he has indicated that will apply only until the military’s appeal court weighs in on its constitutionality.

Defence officials have not said why Vance issued the October 2019 order, but the timing coincided with what was considered at the time to be a key test of the system: the unprecedented court martial of Canada’s top military judge, colonel Mario Dutil.

That court martial eventually fell apart, with military prosecutors withdrawing all charges against Dutil in March after his deputy recused himself from the case over a conflict of interest and refused to appoint any of the military’s other judges for similar reasons.

There has also been growing frustration over delays in the implementation of a declaration of victims’ rights passed by Parliament last year. Sajjan refused to commit to a timeline when he was grilled about the declaration at a recent parliamentary committee meeting.

“I wish these regulations could be done almost immediately, but we also committed to consulting with the victims so that the regulations are done appropriately,” Sajjan told the House of Commons defence committee on Nov. 2.

“This is actually something we committed to and we need to make sure that we do that well.”

Retired colonel Michel Drapeau, one of Canada’s foremost authorities on military law, welcomed Fish’s appointment even as he listed many ways in which the system should be reformed—starting with implementing the declaration on victims’ rights.

While victims in the civilian system have access to the provisions of the Canadian Victim Bill of Rights, Drapeau said victims of crimes prosecuted in the military-justice system—whether the victim is a civilian or Canadian Armed Forces member — do not have the same support.

Drapeau, who has long argued that military judges are not independent and questions whether coroner’s inquests should investigate the deaths of troops outside combat rather than boards of inquiry, said Fish’s experience on the Supreme Court gives him confidence in the upcoming review.

“I have full confidence if we are to have an independent review of the National Defence Act, I couldn’t think of anyone better at this stage to do that. His past record speaks for itself.”