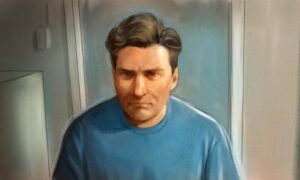 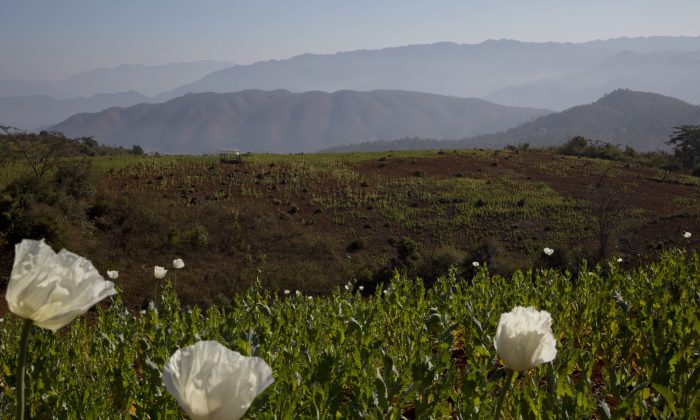 Ottawa is being asked to approve the cultivation of thebaine poppies, which can be processed for use in pharmaceutical products and do not do not have the addictive qualities of opium poppies. (AP Photo/Gemunu Amarasinghe)
Canada

LETHBRIDGE, Alta.—Premier Rachel Notley is backing a push for the federal government to unravel the red tape that prevents farmers from cultivating poppies in southern Alberta.

Thebaine poppies are prohibited under the Controlled Drugs and Substances Act. Canada imports about $600 million worth of thebaine each year from Australia and Europe, because it is not available in North America. Pharmaceutical companies process it into pain relievers such as morphine, codeine, and oxycodone.

API Labs of Lethbridge says it has been test-growing the poppies and they appear to thrive in southern Alberta, which is best known for grain, potatoes, and corn. The company wants to build a $120-million processing plant and take advantage of a potentially huge market.

“What we’re proposing is Canada should be self-sufficient. If we’re one of the largest users in the world in some of these medications, then why are we not developing this industry here?” asked API CEO Glen Metzler in a recent interview.

“Why are we relying on farmers in Australia and France to grow products that our farmers could grow? We can develop the industry here and our kids can have jobs in these processing facilities as opposed to buying these materials in other countries.”

API, the City of Lethbridge, and Notley have reached out to the federal government to ask for permission to move ahead with the project.

“This type of poppy can be transformed into a medically consumable narcotic which can compete in the international market,” the Alberta premier wrote in a Jan. 12 letter to Health Minister Jane Philpott.

“As medical demand worldwide continues, this would provide an opportunity for Canada to emerge as a global competitor in both responsible growth and processing of this crop. I would appreciate your department’s timely approval of the necessary exemptions.”

A Health Canada spokesman confirmed that growing the poppies is subject to narcotic control regulations.

“Health Canada has issued a small number of licences for scientific research involving opium poppies over the past several years, but no licences for commercial cultivation have been issued,” said Sean Upton in an email.

“To date, Health Canada has not received an application for commercial cultivation of thebaine poppies.”

Metzler said the plants that would be grown don’t produce enough of the enzyme required to convert thebaine itself into morphine. He said thebaine is considered a pre-cursor chemical.

“Even though thebaine is a controlled substance, it does not have narcotic properties and cannot be used illicitly. Comparing the thebaine poppies to codeine is like comparing barley to beer, or comparing potatoes to vodka,” he said. “It wouldn’t actually give you a buzz, it would make you sick if you were to ingest it.”

“It’s not a big risk and this is a great economic opportunity that has been ignored for too long,” Spearman said. “Why bring the medicine into the United States from Europe and Australia when it can be produced here?”

Metzler estimates the size of the poppy market could be equivalent to Canada’s potato industry. Agriculture Canada says on its website that potato receipts in 2013 were just over $1 billion.

Metzler said the business model could grow if emerging markets such as India and China are factored in. But even if a plant were approved, it would be four years before it could be operating, he said.