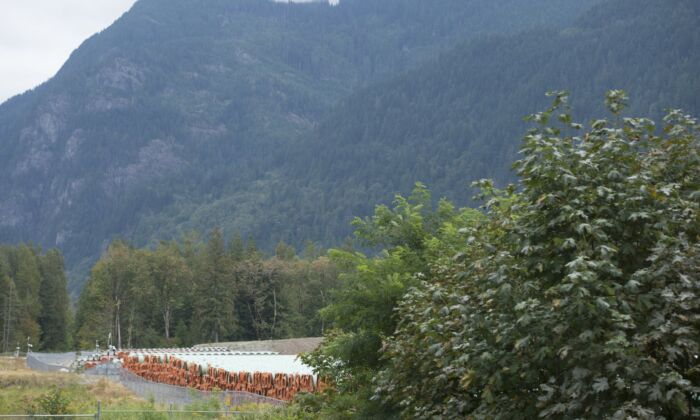 Pipes for the Trans Mountain pipeline project are seen at a storage facility near Hope, B.C., Sept. 1, 2020. (The Canadian Press/Jonathan Hayward)
Canada

The guarantee was approved by cabinet on April 29 through the Canada Account at crown corporation Export Development Canada, which provides loan guarantee supports for Canadian businesses.

EDC’s website said the Canada Account is used to support projects which are in Canada’s national interest, but which are subject to significant risks including project size, borrower risk, or market risk.

The Trans Mountain pipeline is Canada’s only oil pipeline system from Alberta to the West Coast. The construction project currently underway will essentially twin the existing pipeline, raising daily output to 890,000 barrels.

In February, Trans Mountain Corp. announced the projected price tag of the project had spiraled to $21.4 billion, up from an earlier estimate of $12.6 billion, due to newly disclosed budget overruns.

At the time, Finance Minister Chrystia Freeland said there would be no additional public funding for the pipeline. She said Trans Mountain would need to secure third-party funding to complete the project, either through banks or public debt markets.