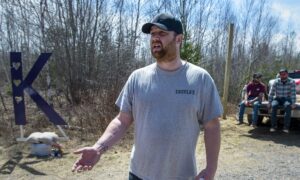 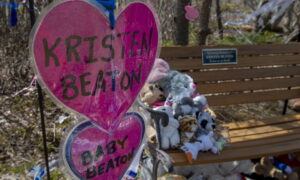 Times Have Never Been Tougher for Nova Scotia
0 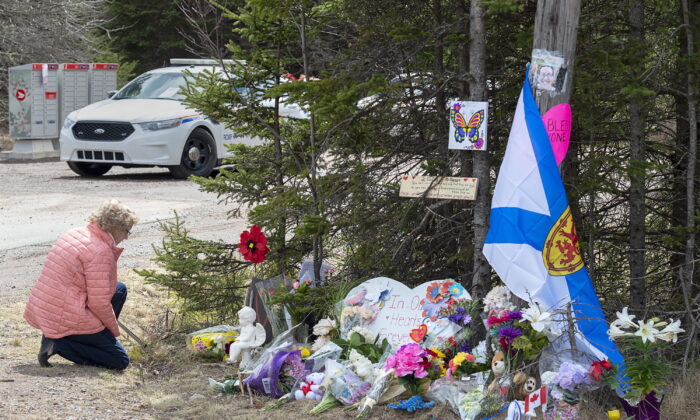 A woman pays her respects to victims of a mass shooting at a roadblock in Portapique, N.S. on April 22, 2020. (Andrew Vaughan/The Canadian Press)
Canada

HALIFAX—Bowing to public pressure, the federal and Nova Scotia governments agreed Tuesday to scuttle their plans for a joint review into the April mass shooting that claimed 22 lives and instead establish a more rigorous public inquiry.

Public Safety Minister Bill Blair made the announcement late in the day after five Liberal MPs from Nova Scotia broke ranks and openly challenged their own government’s decision, which was announced only last week.

“The tragedy that took place in Nova Scotia on April 18 and 19 devastated families, friends and communities,” Blair said in a statement.

“This situation requires that our governments work diligently with all those affected … to bring forward the critical answers, and to ensure an event such as this will never happen again. We have heard calls from families, survivors, advocates and Nova Scotia members of Parliament for more transparency.”

Earlier in the day, Nova Scotia Justice Minister Mark Furey forced Blair’s hand by issuing a statement saying he would support a more comprehensive federal-provincial public inquiry if Ottawa agreed to go along.

“I have heard from (victims’) family members and many Nova Scotians who are opposed to a joint review and would prefer a joint public inquiry,” Furey said in a statement.

Nick Beaton, whose pregnant wife was murdered by the gunman on April 19 while she was on her way to work, said widespread public pressure was behind the reversal.

“I’m just over-the-top excited,” he said in an interview.

“I’m not saying thank you, because it’s something we should have had all along. But I’m happy …. This is what we’ve been asking for: transparency and truth …. We want to know everything, so we can finally start to grieve.”

Beaton helped organize a protest march last Wednesday in Bible Hill, N.S., that he said attracted relatives of 21 of the 22 victims, all of them demanding a public inquiry.

Before the governments’ change of course, Darren Fisher, the Liberal MP for Dartmouth-Cole Harbour, issued a statement saying he had been pushing for a public inquiry, a process that provides more authority, openness and accountability than a joint review.

“I believe the decision to move forward with a joint review was made with good intentions; however, the gravity of this tragedy demands a greater response,” he said.

“I’ve made my voice heard on this issue to our government’s decision-makers on this file.”

The other Liberal MPs who urged Blair to change course were Lenore Zann, Andy Fillmore, Sean Fraser and Mike Kelloway.

There had been a growing chorus of complaints about the joint review, which was to be led by a three-member panel.

Scores of academics, women’s groups, opposition politicians and more than 30 senators came forward to complain about a lack of transparency and legal clout, despite terms of reference that were lauded for being comprehensive.

Two other protests were held Monday in Nova Scotia and a third was planned for Wednesday in Halifax.

Legal experts have said little, if any, of the review would have been conducted during open hearings. As well, they said the panel did not have the power to compel witnesses to speak under oath or produce documents, and any information collected would be kept confidential until a report was issued.

Blair said this public inquiry will be given authority under the federal Inquiries Act and will have powers to summon witnesses and require them to provide evidence and produce documents.

The minister confirmed the three original panel members had agreed to serve as commissioners to guide the inquiry.

They are Michael MacDonald, a former chief justice of Nova Scotia, Anne McLellan, a former federal Liberal cabinet minister, and Leanne Fitch, the former chief of police in Fredericton.

With files from Michael Tutton