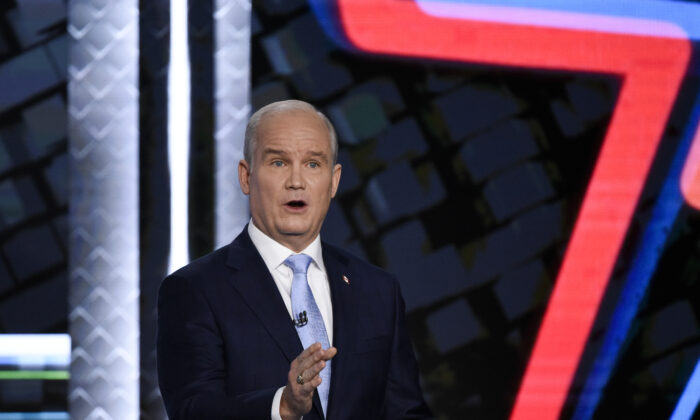 “We launched Canada’s recovery plan with a relentless focus on job creation, helping troubled sectors, and putting upward pressure on wages, with our doubling of the Canada workers benefit, we’re going to give working families a $1 per hour raise with that commitment,” O’Toole told reporters.

When asked about the English-language debate, O’Toole said he found a question directed at Bloc Québécois Leader Yves-François Blanchet about Quebec’s secularism law to be “a little unfair.”

“You denied that Quebec has problems with racism yet you defend legislation such as Bills 96 and 21,” Kurl said.

Bill 21 would ban civil servants and government employees from wearing religious symbols, and Bill 96 would make French the only official language in the province.

“Quebecers are not racist, and it’s unfair to make that sweeping categorization,” O’Toole said, adding that, as prime minister, he would respect laws passed by the provinces.

“We have to make sure that we work together and we respect one another. That’s why I said I would never challenge a law passed by the National Assembly of Quebec, by Queen’s Park here in Toronto, or by any provincial assembly,” he said.

O’Toole added that he would never introduce a law like Quebec’s secularism legislation federally.

When asked about the rise of the People’s Party of Canada in national polling, including several that show the party in the double digits, O’Toole said he will talk more the issue in the last few days of the election campaign.

“I’m running to bring people together, not to divide them,” he said.