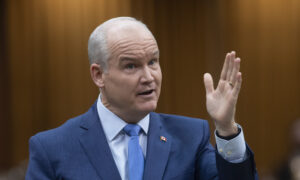 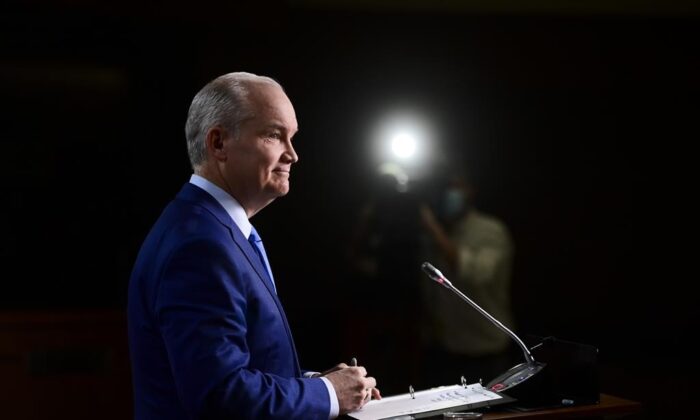 OTTAWA—Conservative Leader Erin O’Toole will field questions from party members today, a day after he gave a speech outlining what he sees as the path to victory come the next election.

And he was blunt: it’s a path that doesn’t run through the existing grassroots.

O’Toole made it clear his eye is on suburban voters in big cities, disenchanted union members, federalist Quebecers, equity−seeking groups and others who’ve previously given the Tories the cold shoulder.

Those groups, O’Toole said, won’t ever trust the party unless things change.

“They are waiting for us at those crossroads to show up, to say we have learned, to prove we have grown,” he told delegates to the party’s virtual convention on Friday night.

“To show that we have the courage to lead this country along the right path to a Canada that is stronger than ever.”

Card−carrying Tories, including MPs, had hoped to see O’Toole use his first speech to the membership since he became leader to offer some substantive policy ideas that could be advanced in the days, weeks or months leading up to the next vote.

There have been concerns for weeks now that there had been no singular message Conservatives can shop around as they hold pre−election discussions and gatherings.

O’Toole made several promises in his speech, including a pledge to restore one million jobs lost to the COVID−19 pandemic within a year, new funding and a national strategy for mental health, tougher ethics laws for politicians and lobbyists, and beefing up the domestic production of vaccines, other medicines and pandemic−related goods.

Seconds after he finished speaking, the party blasted out social media videos, graphics, and talking points for members to share.

“We have continuously left a significant number of votes on the table because we failed to persuade,” national campaign manager Fred DeLorey told delegates Friday.

DeLorey ran O’Toole’s successful leadership campaign, an effort in which O’Toole pledged he would stick close to the “True Blue” roots of the party, a nod to the Canadian Alliance/Reform days.

But ever since his win, O’Toole has softened his approach, which he appeared to be doing again on Friday.

Many members of the grassroots have raised concerns about that, and whether he was preparing to jettison elements of the party’s base in a bid to win support elsewhere.

One area that raised eyebrows was O’Toole’s stated support for a Liberal bill to get Canada to net−zero carbon emissions. To get there without a carbon tax—something the many Western Tories, in particular, are vehemently against—would be challenging.

Fears that O’Toole would pivot and support a tax have been running high, a fact O’Toole acknowledged in his remarks.

“There has been a lot of speculation about what I’m going to say about climate change in this speech,” he said.

“To those who were expecting a dramatic moment: I’m afraid you’ll be disappointed.”

While he did not outright support the idea of a broad carbon tax, he said his party will scrap the tax on “working Canadians,” leaving the door open on carbon pricing for industry.

The virtual nature of the convention made it hard to ascertain how well O’Toole’s speech went over with delegates, as there was no studio audience, but some sense will likely be apparent in the midday question−and−answer session.

The final day of the convention will also feature panels on several topics touched upon during O’Toole’s speech, including campaign training for delegates and the vote to select the party’s governing council.