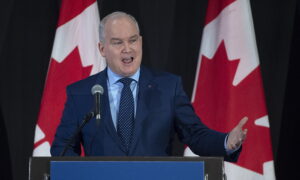 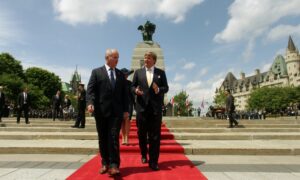 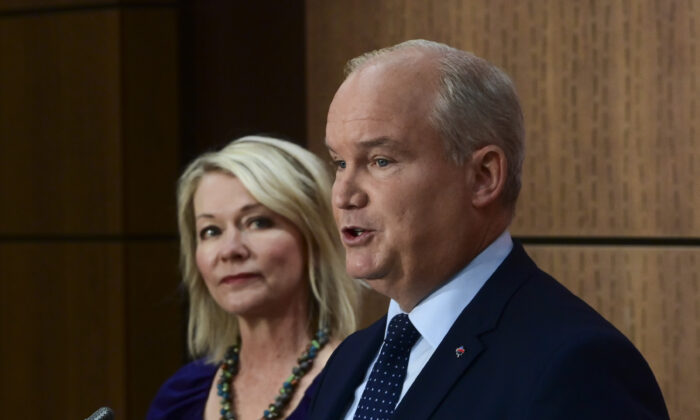 When newly elected Conservative Party leader  Erin O’Toole announced his new leadership team on Sept. 2, he said the party is ready for an election should one be called after the throne speech and possible confidence vote later this month.

“We are ready, we’re united as a team. We’ve got the best volunteers, the best organizers, we are more financially equipped,” he said at a press conference on Parliament Hill.

O’Toole noted, however, that while the Conservatives are ready for an election, that’s not his priority.

“I’m not here for an election. I’m here for the relaunch of our economy post-COVID,” he said.

“I want to make sure we fight for the opportunity for Canadians in any part of this country to work to provide for their families. That will be our priority number one.”

O’Toole answered a range of questions after announcing his leadership team, including regarding dealing with China. Canada-China relations have been on a downslide since the arrest of Huawei CFO Meng Wanzhou in Vancouver in December 2018 and China’s subsequent arrest of Canadians Michael Spavor and Michael in China, as well as other retaliatory actions by Beijing.

“We have to take a stronger, more principled approach to China on the situation with the two Michaels. I’ve talked about the use of Magnitsky sanctions. They should be used when there’s bad actors,” he said.

“The situation with the Uighurs is horrific and the world should no longer be silent in order to grow our exports,” he added.

“We will be very sure that when we talk about our concerns with the Communist Party of China, we know that it is with a regime and a government, not with a country or it’s people. And that has to be something we are very clear on.”

“If Michael Spavor and Michael Kovrig remain in detention when the Conservative government is formed, a 30-day period will be given for their release before the imposition of Magnitsky sanctions on the President, Premier of the State Council, the Chairman of the Standing Committee of the National Party Congress and the President of the Supreme People’s Court.  We will also urge use of Magnitsky sanctions by our allies as well.”