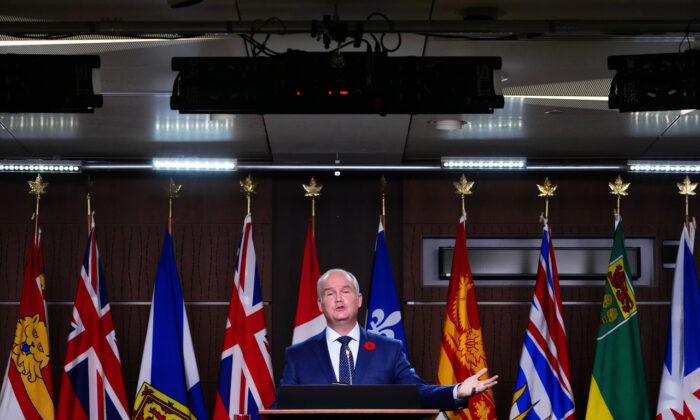 Conservative Leader Erin O’Toole has announced the new the Conservative shadow cabinet for the upcoming Parliament, which he said “will hold the radical Liberal-NDP coalition to account.”

One of the Tories’ strongest voices, Pierre Poilievre, is back as the party’s finance critic, a role he held previously for over three years before being moved jobs and industry critic in February 2020.

Kerry-Lynne Findlay will be the new critic for national defence, and Gerard Deltell will be the House Leader. Michelle Rempel Garner was moved to natural resources, with Luc Berthold replacing her as health critic.

When announcing the new cabinet Tuesday during a press conference on Parliament Hill, O’Toole reiterated his assertion from Monday that a potential Liberal-NDP coalition would be detrimental to Canada’s economy.

“The Liberal-NDP coalition would be a disaster for the Canadian economy. It will raise taxes on Canadian families and the middle class, including the sale of their home. It will continue to drive up the cost of everything—food, clothing, gas, and housing—and it will put millions of Canadian jobs at risk,” he said.

“The Liberals are promising billions of dollars in new spending, including to buy Jagmeet Singh’s silence. This coalition and his policies, his ideological policies, will further divide Canadians and threaten national unity.”

He also said a Liberal-NDP coalition would “shut down Canadian energy and resource sectors, eliminating thousands of jobs … making Canada a poorer and less relevant country.”

O’Toole said he was proud to “present our Conservative team that will protect and fight to secure Canada’s economic future.”

The following is a full list of the new Conservative shadow cabinet:

Some prominent Conservative positions in the House of Commons were also announced: