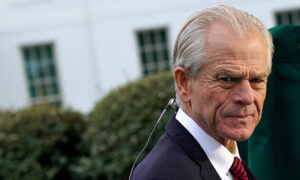 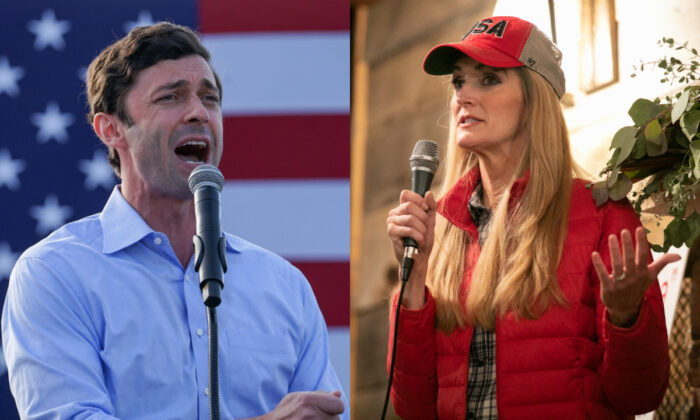 Sen. Kelly Loeffler (R-Ga.) and Senate Democratic candidate Jon Ossoff on Sunday made their cases for why voters should pick them in the Jan. 5 Senate runoff elections.

Ossoff, who would be the youngest U.S. senator since 1981 if he wins, said he and Warnock are “bringing so many young people into the electorate” and “empowering people to make their voices heard.”

“It feels in Georgia like we are on the cusp of a historic victory that will usher in a new era in American history, after four years of gross incompetence and racism and hatred and bigotry,” Ossoff said on CNN’s “State of the Union.”

Ossoff said he’s seeking office so that people can have the opportunity to pursue their dreams. Among his agenda items are expanding the Pell Grant program and raising the minimum wage.

Issues Warnock is campaigning on, according to his campaign website, include reforming the criminal justice system so fewer people are imprisoned, giving Americans affordable health care by building on the Affordable Care Act, and loosening immigration restrictions while ramping up oversight of Immigration and Customs Enforcement.

Loeffler, who emerged from a free-for-all special election with the pastor to finish Sen. Johnny Isakson’s (R-Ga.) term, said that Georgia voters are fired up because they know the future of the country is on the ballot here in Georgia.”

“It’s a choice, it’s a stark contrast between the freedoms, our way of life here in Georgia, or socialism, government control,” she said on “Fox News Sunday.”

The senator, who was appointed to fill Isakson’s seat temporarily following his retirement, said she may object to electoral votes during the Jan. 6 joint session of Congress but that she wouldn’t be able to if voters don’t choose her.

“And then we have to be able to pursue holding people accountable for how these elections were handled,” she said, pointing to evidence of irregularities that has been presented in courts and state legislature hearings.

According to Perdue’s campaign website, he is “a champion for term limits for politicians, reining-in out-of-control spending, growing the economy, and tackling our nation’s debt crisis.”

Both Loeffler and Perdue say they’re strong supporters of President Donald Trump, who is contesting election results while his opponent, Democratic presidential nominee Joe Biden, prepares a transition after declaring victory in the election.

Ossoff and Warnock have called for voters to elect them because, they say, Biden’s agenda would be blocked if Democrats don’t flip the Senate. As of now, Republicans hold a 50-48 majority in the upper chamber. Democrats can gain control through the tiebreaking vote vice presidents can cast if they win both runoffs and the White House.