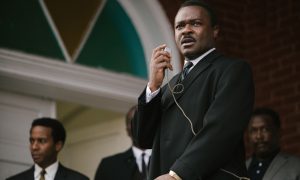 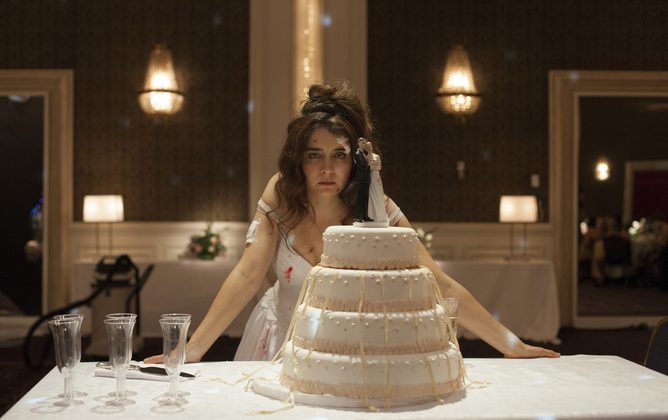 Four minutes into the 1994 Oscars, host Whoopi Goldberg declared: “Tonight we gather to honour Hollywood’s best, which is also the world’s best”. The directors of the five films nominated for the Best Foreign Language category, including Taiwanese Ang Lee and the eventual winner from Spain Fernando Trueba, must have felt like getting their coats.

The award for Best Foreign Language Film is awarded for “excellence in World Cinema”. It has been a regular feature of the annual ceremony since 1956. For some observers, the category lends the Oscars an art-house kudos not generally delivered by the mainstream films that grace the main awards categories, with nods to Federico Fellini, Akira Kurosawa and more recently Pedro Almodóvar. It offers a chance for foreign filmmakers to compete for international fame and fortune without having to go head-to-head with Hollywood.

For others – the majority I suspect – the category doesn’t matter a damn. After all, hardly anything beyond the four main categories of Best Picture, Best Director and Best Actor and Actress, makes the headlines.

The good news for critics of the category is that ever since Roberto Benigni’s eight nominations and four Oscar wins for Life is Beautiful in 1998, foreign films have been nominated regularly in other categories.

Ang Lee was nominated for ten and won four for Crouching Tiger, Hidden Dragon in 2000, Guillermo del Toro’s Pan’s Labyrinth won three in 2007 (but remarkably not the Best Foreign Film gong), and along the way films as diverse as Il Postino and Biutiful have picked up nominations in the high-profile categories of Best Picture and Best Actor.

The Best Director award has been won by foreign filmmakers for the past three years in a row. Many tip Mexican Alejandro González Iñárritu to continue the trend with a win this year for Birdman. In 2011, French film The Artist became the first foreign film to win the Best Picture Oscar.

Might those borders between Hollywood and “foreign” finally be disappearing?

World Cinema in the Ghetto

The Anglocentric nature of the awards has always been an object of criticism. By privileging English-language production, the Oscars promote an incredibly old-fashioned worldview in which UK, Australian and Irish films, for example, are not “foreign”.

It’s a preposterous notion, proposed, lest we forget, by a private enterprise whose function it is to promote American movies (the Motion Picture Association of America), but we all play along. A whopping 83 countries played along this year and submitted entries for the competition.

Portugal currently holds the record of the most submissions without an Oscar nomination (31) – hardly a fair indication of the quality of production there in the 21st century, if we are to believe that Oscar lists are a meaningful reflection of the state of film-making beyond the English-speaking world. No films from South Korea or Egypt have ever been nominated. No films by the celebrated Iranian film-maker, Abbas Kiarostami.

The idiosyncrasies of selection committees have a part to play in this, and sometimes restrictions imposed by national governments on what film should represent the nation (consider, for example, China’s refusal to submit the controversial A Touch of Sin in 2013).

And given the nature of world cinema marketing, the Oscars’ deadline for a film premiering in its country of origin isn’t the only imperative producers have in mind: the film festival calendar is already extremely demanding for producers who wish to use festivals to build viewer and reviewer momentum.

A foreign language Oscar win is a bonus, but it’s hardly essential, as the success of the Oscar-less City of God showed in 2003.

Whose Film Is It Anyway?

The Best Foreign Language Film is awarded to countries. This insistence in celebrating the national in foreign filmmakers’ work goes against the trend of transnational film making. Look at this year’s nominees: Andrey Zvyagintsev’s Leviathan (Russia) is the only film in the current shortlist not to be an international co-production. Ida is a four-way co-production (with Denmark, France, UK) representing Poland. Tangerines had producers in Estonia and Georgia, but Estonia gets the credit if it wins.

As an Austrian filmmaker who often shoots outside his country of origin, in co-production and regularly in French, Michael Haneke finds his films being claimed by multiple territories come awards season. This explains how the French-language, France-based, French-titled Amour won for Austria in 2013.

And take Z, the 1969 French language tale of political corruption in 1960s Greece. Greek director Costa-Gavras, then based in Paris, was unable to convince any big French producer to take the project on. That it ended up representing Algeria at the Academy Awards is down to chance (one of his co-producers had contacts there). When it went on to achieve Oscar victory and international box-office success, those same French producers must have been kicking themselves.

Z was the first win for an African nation. If Abderrahmane Sissako wins this year for Mauritania with Timbuktu, it will be only the fourth African win in a category still dominated by the large European production centres of France, Italy, Spain and Germany.

Argentina is the sole flag bearer for the vast and at times brilliant Latin American film production: a win this year for Damian Szifron’s Wild Tales will make it the nation’s third Oscar Foreign Language Film success.

Given the presence of foreign personnel in Hollywood from very early on in Tinseltown’s history, the number of Oscars to be awarded over the years to foreign and foreign-born filmmakers, technicians and so on is pitiful. While the number of foreigners picking up gongs may have increased in the 21st century, none of the relatively few (seven, in fact) foreign and foreign-born filmmakers to have won the Best Director gong has done so with a foreign-language film.

So 21 years later Whoopi Goldberg’s words still resonate. If you’re a foreign filmmaker seeking Oscar success and you want to get your movies seen, you’d best consider a move to Hollywood. It’s the centre of the world, after all.