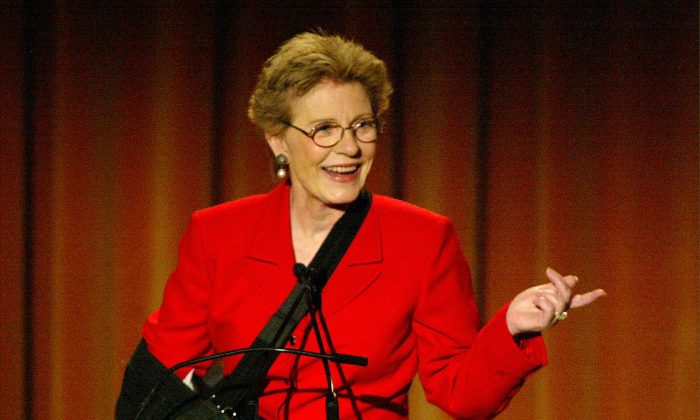 Actress Patty Duke speaks at the Seventh Annual Leadership Awards at the Regent Beverly Wilshire Hotel on May 16, 2003 in Beverly Hills, California.
Entertainment

NEW YORK—Patty Duke, who won an Oscar as a teen for “The Miracle Worker” and maintained a long and successful career throughout her life while battling personal demons, has died at the age of 69.

Duke’s agent, Mitchell Stubbs, says the actress died early Tuesday morning of sepsis from a ruptured intestine. She died in Coeur D’Alene, Idaho, according to Teri Weigel, the publicist for her son, actor Sean Astin.

The Top 10 High School Movies of All Time

In 2015, she played twin roles again: as a pair of grandmas on an episode of “Liv and Maddie,” a series on the Disney Channel.