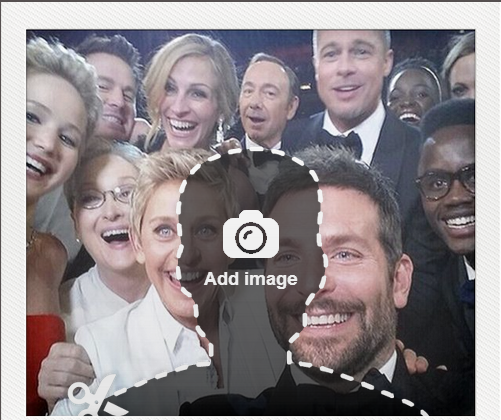 Oscar 2014 Memes: Add Yourself to Ellen’s Selfie and Other Hilarious Oscars Memes

The Oscars were pretty predictable.  The awards were actually so predictable,  Ellen started the night with a  spoiler.

Regardless, last night’s show gave the hive mind of the Internet a lot of material to work with, resulting in a less productive Monday than we may have hoped.

The selfie that broke Twitter was the biggest winner of the Oscars. And now, thanks to the great creative minds out there with their attention focused on meme-making and other such endeavors, you can insert yourself into that celebrity-laden Samsung product-placement stint. Join the selfie on Urturn.com

2. Leo’s Subtle Reaction to Not Winning

And here is an entire album, which can be watched as a stop-motion film.

4. I Guess That Pizza Was Not a Joke After All