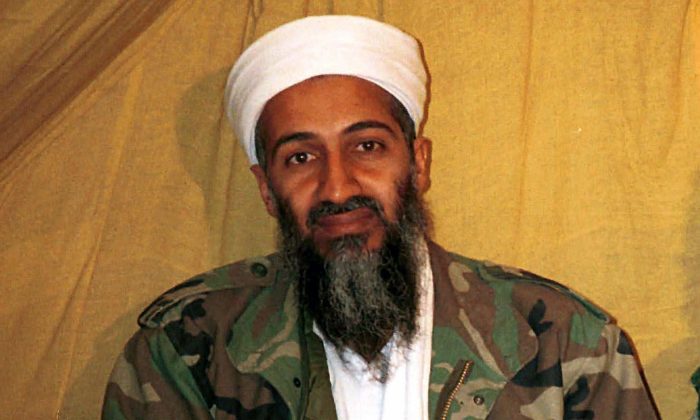 In this undated file photo Osama bin Laden is seen in Afghanistan. In his last will and testament, bin Laden claimed he had about $29 million in personal wealth, the bulk of which he wanted to be used "on jihad, for the sake of Allah. (AP Photo)
Middle East

In his handwritten will, he claimed he had around $29 million in personal wealth. He wanted the bulk of it to be used “on jihad, for the sake of Allah.”

Bin Laden, who was killed by a Navy SEAL team in May 2011, expressed worry over his wife’s visit to a dentist in Iran. He worried that a tracking chip would be implanted in her filling, Reuters reported.

“It is important to get rid of the suitcase in which the funds are delivered, due to the possibility of it having a tracking chip in it,” bin Laden said in a letter to an aide that was identified only as “Shaykh Mahmud.”

The size of the chip is about the length of a grain of wheat and the width of a fine piece of vermicelli.
— Osama bin Laden

“My dear wife,” he also wrote to his wife. “I was told that you went to a dentist in Iran, and you were concerned about a filling she put in for you. Please let me know in detail … any suspicions that any of the brothers may have about chips planted in any way.”

The Iranian dentist might have used a slightly enlarged syringe to make such an implant, bin Laden wrote in the letter. The U.S. translation is undated.

“The size of the chip is about the length of a grain of wheat and the width of a fine piece of vermicelli,” bin Laden said, according to the New York Times. Bin Laden asked his wife to recall the exact date of her dental work, “also about any surgery you had, even if it was only a quick pinch.”

Also, the threat of sudden death was on his mind years before the fatal raid in Pakistan.

“If I am to be killed,” he wrote in a 2008 letter to his father, “pray for me a lot and give continuous charities in my name, as I will be in great need for support to reach the permanent home.”