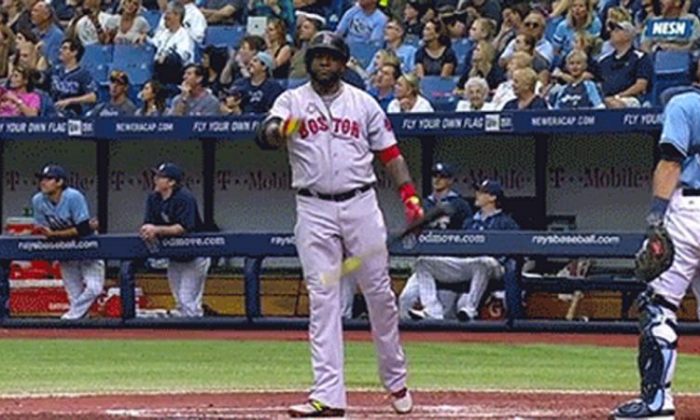 The Red Sox and Rays just don’t like each other.

The A.L. East foes have been involved in more scuffles, fights, and misunderstandings than we care to remember, but it seems like whenever these two teams get together, things don’t end well.

On Sunday, Dave Ortiz crushed three-run home run in the third inning to give the Red Sox an early 3-0 lead.

As you will see in the .GIF, Ortiz took his sweet time admiring his shot and sauntering his way around the bases.

It takes Ortiz nearly 10 seconds to get from the batters box to first base. The rest of his trot was just as slow.

Chris Archer, the pitcher who gave up the home run, was none to pleased with Ortiz’s theatrics.

#rays Archer said Ortiz “feels the show is all about him.”

Ortiz responded to Archer’s comments with a slight of his own.

Ortiz: “Players today are too sensitive. I’ll leave it at that.”

Ortiz’s comments are puzzling because not too long ago, he was the one making declarations of war against the Rays.

Nonetheless, this is not the last we will be hearing from these two sides.